The Canadian regulator has opened an investigation in connection with the upcoming expiration of its ruling issued on August 12, 2016 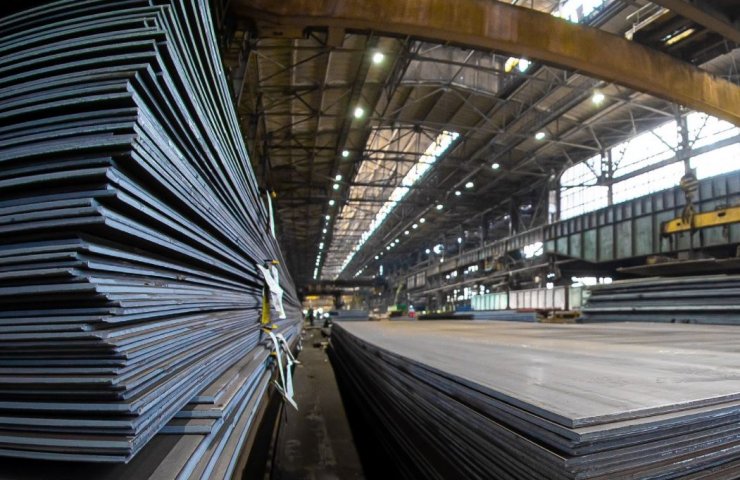 Canadian International Trade Tribunal initiated a revision anti-dumping measures against certain types of hot-rolled carbon and alloy steel flat products manufactured by the metallurgical enterprises of Brazil, China and Ukraine due to their expiration. In addition, India's subsidies for its steel exports to Canada will be considered.

“No later than December 6, 2021, Canada's Border Service will determine if there is a likelihood of resuming or continuing dumping. In case of a positive decision on May 13, 2022, the tribunal will determine whether the continuation or resumption of dumping will lead to damage to the domestic metallurgical industry, "- said the press service of the Canadian government.

The Canadian International Trade Tribunal is an independent quasi-judicial body that reports to Parliament through the Secretary of the Treasury.

Финансовая аналитика, прогнозы цен на сталь, железную руду, уголь и другие сырьевые товары. More news and analytics on Metallurgprom telegram channel - subscribe to get up-to-date market information and price forecasts faster than others.
Сomments
Add a comment
Сomments (0)
On this topic
US imposed export restrictions against Ukraine, Russia, Venezuela and China
ArcelorMittal and Nippon Steel complete acquisition of Essar Steel
Zaporizhzhya Ferroalloy Plant highly appreciates Norwegian technologies
USA introduced anti-dumping duties on aluminum supplies from 18 countries
A working group will be created in Ukraine to interact with the European Commission on adjusting
The steel industry, the United States recognized itself the most energy efficient in the world
Recommended:
In August, the truck market in Ukraine decreased by 62%
Russia has updated the list of strategic minerals to include rare earth metals
Steel market in Europe expects big production cuts due to weak demand
News Analytics
The production of passenger cars in Russia decreased by 2.8 times in eight29-09-2022, 11:19
Donetsk and Torez electrotechnical plants will start producing electrical29-09-2022, 11:37
Ukrainian coking plants reduced gross coke production by 55.2%29-09-2022, 11:28
China ramps up investment in transport to bolster economy29-09-2022, 11:33
The heads of mining companies named the main risks for business29-09-2022, 10:03
China production cuts in winter will give limited boost to steel markets -15-09-2022, 10:09
Steel prices may rise as manufacturers stop production11-09-2022, 14:06
IREPAS: The global long products market is in a "dramatic situation"10-09-2022, 20:49
Steel prices are unlikely to rise significantly in the near future - analysts02-09-2022, 22:58
Steel prices may move up on new data from China31-08-2022, 12:19
Sign in with: