Dnipro Metinvest Coke Plant is the only online bidder for the property complex of Dnipro Metallurgical Combine. 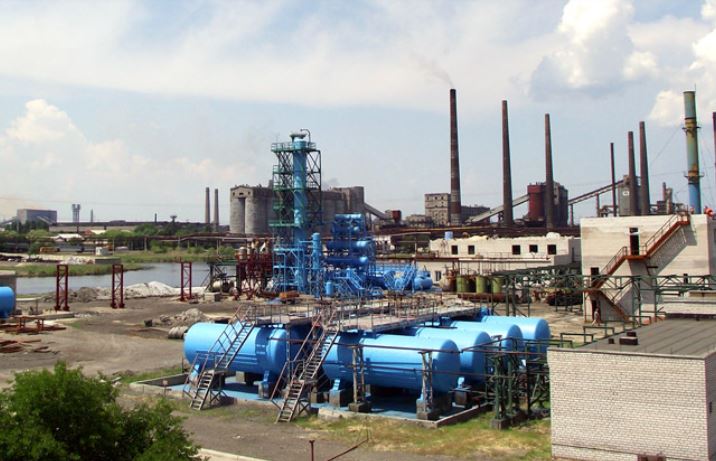 Dnieper Coke Plant (DKHZ) of the Dutch mining and metallurgical company Metinvest B.V. Ukrainian businessmen Rinat Akhmetov and Vadim Novinsky offered to pay 9.170 billion hryvnia for the property complex of the Dnieper Metallurgical Plant (DMK), according to the data of the Prozorro.Prodazh system, according to the website ugmk.info .

At the moment, Dnipro Coke Plant is the only one who has applied for the purchase of DMK.

After the notification of the intention, the contract can be concluded no earlier than 10 days and no later than 20 days, that is, until August 15.

In October 2020, Metinvest B.V., the parent company of the Metinvest Group, announced that it had achieved a dominant stake in Dniprovsky Coke and Chemical Plant PJSC.

The Antimonopoly Committee of Ukraine (AMCU) gave permission to Metinvest to concentrate the assets of the Dnieper Metallurgical Plant (DMK) by purchasing them. DMK is currently in bankruptcy proceedings, a state liquidator has been appointed at the enterprise.

Recommended:
Numerous violations of environmental legislation have been identified at Severny GOK of Metinvest
A pilot project for storing hydrogen in underground gas storages starts in the Luhansk region of Ukraine
Zaporozhtransformer has not lost contact with the market of the Republic of Kazakhstan
On this topic
Dnipro Metallurgical Combine to be auctioned off on June 26 via internet auction
Metinvest does not want to sell pig iron of Dnipro Metallurgical Plant to third parties
AMCU requested the opinion of the companies on the obligations of Metinvest in case of obtaining
Metinvest, together with the Rinat Akhmetov and Vadim Novinskoy Foundations, donated 3,200 COVID-19
DMK refused tax exemptions for a preiod of quarantine
Metinvest has completed the acquisition of approximately 73% of the shares DCHS
Partner news
Сomments
Add a comment
Сomments (0)
News Analytics
State Environmental Inspection filed claims against ArcelorMittal Kryvyi Rih in17-09-2021, 10:28
US Steel will build an electrometallurgical plant with a capacity of 3 million17-09-2021, 10:48
Airbus begins designing a hydrogen-powered aircraft17-09-2021, 10:06
There are already 779 enterprises in Ukraine that officially carry out17-09-2021, 09:16
Low-cost carrier Ryanair plans aggressive expansion in Ukraine16-09-2021, 21:34
Moody's changes its outlook for the mining and metals industry from "positive"14-09-2021, 18:39
European steel prices decline from summer highs and remain stable high04-09-2021, 10:38
Rise in European steel prices to dizzying levels finally fizzled out - Bloomberg27-08-2021, 13:18
Gold continues to be the most efficient portfolio asset - WGC26-08-2021, 12:38
Falling iron ore prices caught Wall Street by surprise - WSJ23-08-2021, 13:57
Sign in with: