Vietnam overtook Ukraine in the world ranking of steel-producing states

Ukraine dropped to 14th place in the global ranking of the World Steel Association, representing 64 steel producing countries in January-June 2021. 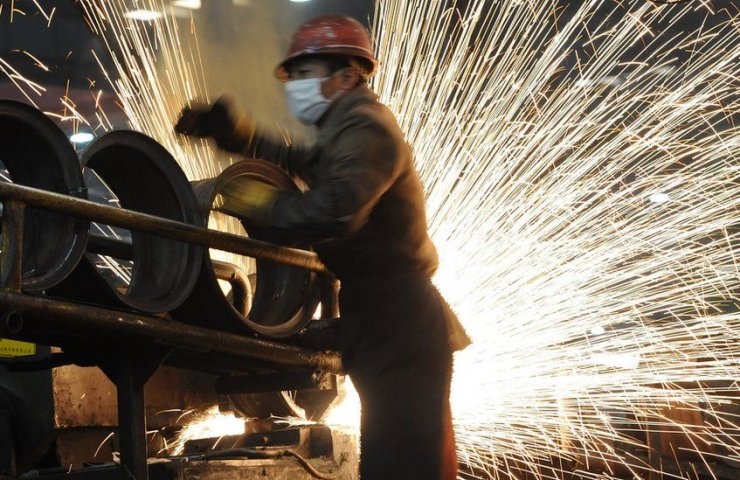 Despite the fact that Ukrainian metallurgists increased steel production by 7.4% in six months compared to the same period a year earlier - to 10.86 million tons, the country dropped to 14th place in the global ranking of the World Steel Association. p>

Vietnam, having increased its half-year steel production by 167% to 12.67 million tons, moved up from 14th to 12th position, displacing Taiwan to 13th place, and Ukraine to 14th.

At the same time, Ukraine kept the tenth line in the ranking of global pig iron producers, having smelted this raw material by 8% more than in the same period last year - 10.77 million tons.

The People's Republic of China has been the leader in the world ranking of steel producers for many years, producing 563.33 million tons, which is 11.80% more than in January-June 2020. At the same time, China's share in global steel production is 56.1%.

Recommended:
A new Italian rail and steel mill will appear at the metallurgical plant in Balakovo
Anniversary steel melting took place in Kramatorsk at Energomashspetsstal plant
The President of the European Commission announced the beginning of the era of hypercompetitiveness
On this topic
Russia has significantly increased deliveries to Ukraine liquefied gas
Ukraine has overtaken the United States in production of iron and came in ninth place in the world
Ukraine is interested in import of electricity from Belarus Alexey Orzhel
Mariupol ' plant of the boiler.Lenin took first place in the TOP 20 pollutants of Ukraine
Vietnam increases steel and pig iron exports to Asian countries in the first half of the year
Vietnam and Indonesia increase steel production capacity
Partner news
Сomments
Add a comment
Сomments (0)
News Analytics
State Environmental Inspection filed claims against ArcelorMittal Kryvyi Rih in17-09-2021, 10:28
US Steel will build an electrometallurgical plant with a capacity of 3 million17-09-2021, 10:48
Airbus begins designing a hydrogen-powered aircraft17-09-2021, 10:06
There are already 779 enterprises in Ukraine that officially carry out17-09-2021, 09:16
Low-cost carrier Ryanair plans aggressive expansion in Ukraine16-09-2021, 21:34
Moody's changes its outlook for the mining and metals industry from "positive"14-09-2021, 18:39
European steel prices decline from summer highs and remain stable high04-09-2021, 10:38
Rise in European steel prices to dizzying levels finally fizzled out - Bloomberg27-08-2021, 13:18
Gold continues to be the most efficient portfolio asset - WGC26-08-2021, 12:38
Falling iron ore prices caught Wall Street by surprise - WSJ23-08-2021, 13:57
Sign in with: