Screw up 2.0: Ukrainian gas consumers are again advised to "significantly reduce" its consumption

The reduction in gas consumption by Ukrainians should take place thanks to the mechanisms that the government and international donors will offer to the population. At the same time, the GTS Operator will develop diversification of import sources after the launch of Nord Stream 2. 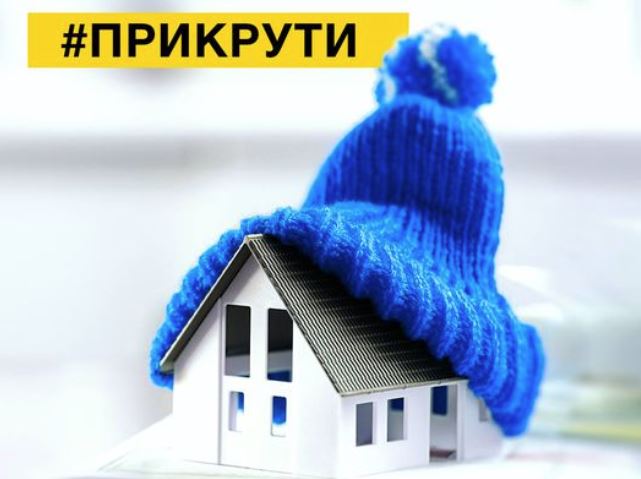 After the signing of the agreement between the United States and Germany on Nord Stream 2, Ukrainian citizens and companies should significantly reduce gas consumption through energy efficiency, says Olga Belkova, Director for Cooperation with Government Agencies and International Organizations of the Ukrainian GTS Operator, transmits Ukrinform.

“Taking into account the issues of energy security of Ukraine and taking into account our own energy needs, we must more systematically consider the focus of state policy. In the long term - with or without Nord Stream 2 - it is necessary to solve the equation: 30 = 20 + 10. Our consumption (30 billion cubic meters) is not identical to our own production (20 billion cubic meters). That is, 30% of the demand is a potential share of dependence on imports, "Belkova said.

Recall that in March 2018, President of Ukraine Petro Poroshenko called on Ukrainian citizens to join the initiative of Naftogaz of Ukraine called "Screw up" and reduce gas consumption by reducing the temperature in apartments by one degree.

This initiative was supposed to destroy Gazprom's scenario of discrediting Ukraine as a reliable transit country for Russian gas to Europe.

“By joining this initiative personally, I also call on all government agencies to reduce indoor temperatures as much as possible. I also ask citizens to tighten the heating by only one degree for a few days, or to avoid heat loss in houses as much as possible. Thanks to our solidarity, Gazprom and the Kremlin will not be able to blackmail Ukraine ", - wrote then Poroshenko on his Facebook page.

Earlier it was reported that the United States and Germany reached an agreement on the commissioning of the second branch of the Nord Stream gas pipeline Nord Stream 2, which provides for the FRG's obligations to ensure the transit of Russian gas through the territory of Ukraine until 2034.

Финансовая аналитика, прогнозы цен на сталь, железную руду, уголь и другие сырьевые товары. More news and analytics on Metallurgprom telegram channel - subscribe to get up-to-date market information and price forecasts faster than others.
Сomments
Add a comment
Сomments (0)
On this topic
US urges Ukraine not to criticize Nord Stream 2 deal - Politico
Is it possible to replace Russian gas in the Ukrainian GTS with "green" hydrogen?
The Verkhovna Rada of Ukraine extended the duty on the export of ferrous scrap
The transit of Russian gas through Ukraine will continue on terms acceptable to all parties –
Ukraine will continue the strategy of development of renewable energy sources in the new environment
A draft National Energy Efficiency Action Plan appeared in Ukraine
Recommended:
Russia has updated the list of strategic minerals to include rare earth metals
Minister of Energy of Kazakhstan visited ArcelorMittal Temirtau
Russia may increase taxation of oil, gas, coal and fertilizers
News Analytics
Moody's changed the outlook for the global mining industry to26-09-2022, 19:04
Russia may increase taxation of oil, gas, coal and fertilizers26-09-2022, 15:58
UK steel production hits record low this year26-09-2022, 15:07
Ukrainian court invalidated sale of Ferrexpo Plc shares in 200222-09-2022, 12:45
EU Commission not doing enough to save aluminum industry - associations21-09-2022, 11:07
China production cuts in winter will give limited boost to steel markets -15-09-2022, 10:09
Steel prices may rise as manufacturers stop production11-09-2022, 14:06
IREPAS: The global long products market is in a "dramatic situation"10-09-2022, 20:49
Steel prices are unlikely to rise significantly in the near future - analysts02-09-2022, 22:58
Steel prices may move up on new data from China31-08-2022, 12:19
Sign in with: