The Ukrainian aircraft building company announced that a new aircraft will be produced in Canada, which is the result of a deep modernization of the An-74TK-200 multipurpose aircraft. 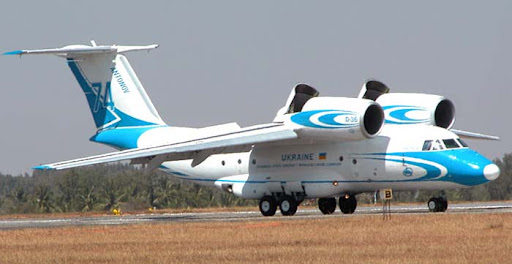 At Antonov State Enterprise declared that they are interested in the implementation of international projects to create the latest multi-purpose transport aircraft, including with Canadian enterprises.

To date, specialists of the Ukrainian aircraft building company have held a number of negotiations with the Canadian side to create a new aircraft as a result of deep modernization of the An-74TK-200 multipurpose aircraft.

Proposals for the implementation of this Ukrainian-Canadian project were presented by Antonov State Enterprise to the State Concern Ukroboronprom and the Ministry of Strategic Industries of Ukraine, which, in particular, were reflected in the Memorandum of Understanding between the Canadian Commercial Corporation and Ukroboronprom State Corporation dated June 1, 2021 on cooperation in the field of strategic security, defense, aerospace and ammunition production.

SE "Antonov" is preparing for a detailed study of the project to create a new aircraft based on the technical requirements to be prepared by the Canadian side. The start of the implementation of this project should be the signing of an intergovernmental agreement between the Cabinet of Ministers of Ukraine and the Government of Quebec.

Финансовая аналитика, прогнозы цен на сталь, железную руду, уголь и другие сырьевые товары. More news and analytics on Metallurgprom telegram channel - subscribe to get up-to-date market information and price forecasts faster than others.
Сomments
Add a comment
Сomments (0)
On this topic
Ukroboronprom confirmed the intentions of Antonov State Enterprise to start production of aircraft
CB "South" was visited by a delegation from China
"Ukroboronprom" introduces to "Antonov" Supervisory Board
SE "Antonov" plans to produce its military transport aircraft An-74 in Canada
ANTONOV manufactured the fuselage of the first of three An-178 contracted by the Ministry of Defense
Guide Dreamlifts Ltd decided not to renew the cooperation with the Antonov company
Recommended:
War in Ukraine to accelerate world economy transition to clean energy - BP
The former president of Motor Sich was accused of aiding terrorists
Prices for metal products in Ukraine increased by 26% last year
News Analytics
Eurofer expects EU steel demand to fall 4.6% in 2022 and 1.6% in 202305-02-2023, 13:31
EU Green Deal should encourage investment in mild steel projects: Eurofer02-02-2023, 16:32
Belarusian steel plant to operate at full capacity from February02-02-2023, 16:56
British Steel considers cutting up to 1,200 jobs at Scunthorpe02-02-2023, 11:50
Electric vehicles will play a key role in US aluminum production growth - Norsk01-02-2023, 12:17
European stainless steel producers ready to raise prices31-01-2023, 16:16
S&P: Russia will continue to dominate the steel export market in the Black05-01-2023, 11:22
Fitch Analysts Predict Big Drop in Global Steel Consumption This Year14-12-2022, 13:59
Analysts predict 5% annual growth in the iron casting market through 203006-12-2022, 12:44
Commodity prices will fall, metals quotes will rise slightly - Focus Economics28-11-2022, 13:28
Sign in with: