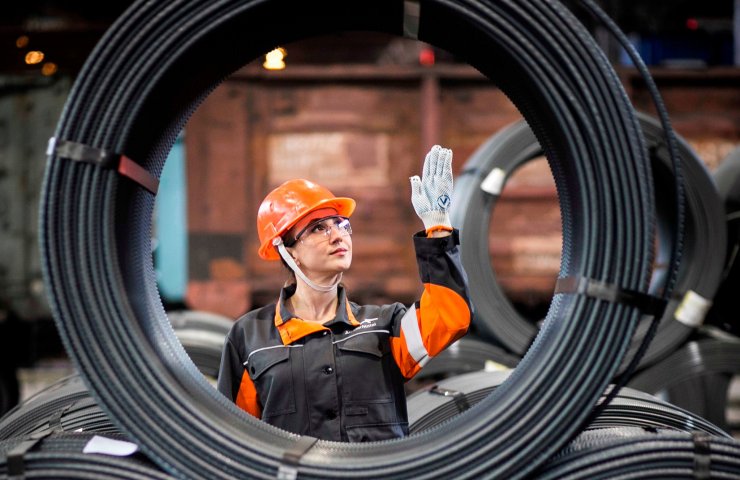 And for the six months of this year, the production volume of ArcelorMittal Kryvyi Rih increased by 7% compared to the same period last year. The beginning of 2021 was not easy for the mining and metallurgical industry, as prices for freight transport and raw materials increased significantly. In addition, due to the increase in import duty rates, the company reoriented its sales and changed traditional markets such as Egypt, the United Arab Emirates, Saudi Arabia to Latin America and China. But thanks to the operation of all four blast furnaces and the increased productivity of the sinter shop No. 2, which is one of the key objects in the investment program with eco-modernization, the production indicators of ArcelorMittal Kryvyi Rih have increased. Sergey Lavrinenko, Deputy General Director for Metallurgical Production, ArcelorMittal Kryvyi Horn ": - This year we completed the overhaul of blast furnace No. 8, which was shut down in the second half of 2020, and modernized the fifth sinter machine in sinter shop No. 2 - this helped us to increase the production of pig iron and steel. We also managed to increase the volume of coke production by 11.5%. For the first time in the last 6 years, we have achieved monthly production of 61 thousand tonnes in the rolling mill and 31 thousand tonnes in small wire condition # 6. In the second half of this year, we will complete the reconstruction of the last, sixth sintering machine in the second sinter shop, which will bring it to the maximum level of production with the minimum emission of pollutants. We expect good production results in the second half of the year with an increase in production volumes at the level of 6-7% based on the results of work for the entire 2021.