The main task of the mission is the delivery of provisions and things for the crew, materials for scientific research and removal from the ISS and further disposal in the dense layers of the atmosphere of the spent cargo, as well as the spacecraft will deliver a 3D printer into orbit, which uses a material that simulates the lunar soil to test the theory of building a lunar station from local materials. 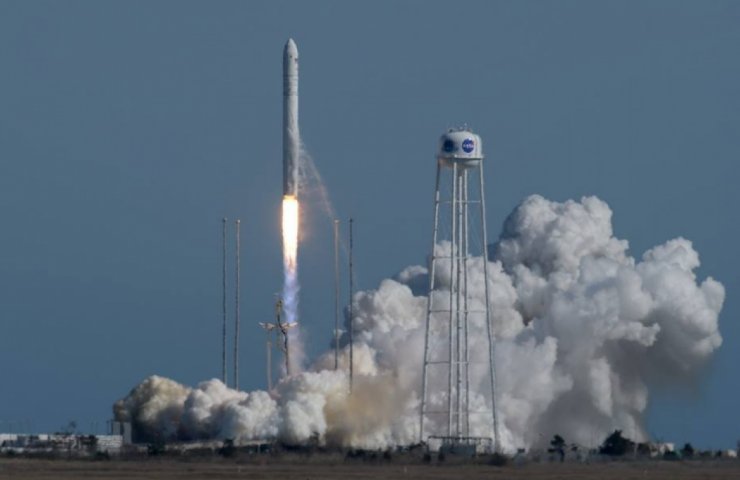 The Antares launch vehicle consists of two stages. The main design of the first stage was developed by Yuzhnoye KB and manufactured by PO YuMZ in cooperation with the Ukrainian enterprises Khartron-Arkos (Kharkiv), Kyivpribor (Kiev), Khartron-Yucom (Zaporozhye), CHEZARA "," RAPID "(Chernigov) and others by order of Northrop Grumman Corporation (USA).

Preparation of PH "Antares", its tests and start-up were carried out with the participation of specialists from SE "Design Bureau" Yuzhnoye ", SE" PO YuMZ "and NVO" Khartron-Arkos ". According to the contract, the Yuzhnoye Design Bureau provided real-time technical support for the launch, and received and processed telemetric information. Ukrainian specialists fully ensured the implementation of all operations in their sector of responsibility.

Within the framework of the Antares program, the Ukrainian side has completed the entire range of works on the design, testing and manufacture of the material part of the main structure of the first stage for the launch vehicle.

The NG-16 spacecraft Cygnus is named after Ellison Onizuki, a Hawaiian-Japanese American astronaut who died during the launch of the Challenger shuttle.

Since 2013, the Antares launch vehicle has been launched 15 times, 14 of them successfully.

Thanks to the joint work of Ukrainian and American engineers, who united two different schools of rocketry, it was possible in a short time to create a reliable, efficient and affordable commercial launch vehicle for payload delivery missions to the ISS within the framework of NASA's COTS (Commercial Orbital Services) programs. transportation) and CRS (commercial procurement services). This provided the international team of astronauts with the provisions and equipment necessary for the operation of the ISS and the implementation of research programs at the station.