The new equipment is 55% more efficient than the standard product while maintaining the same overall dimensions, which will allow replacing the old crusher without dismantling the foundations. 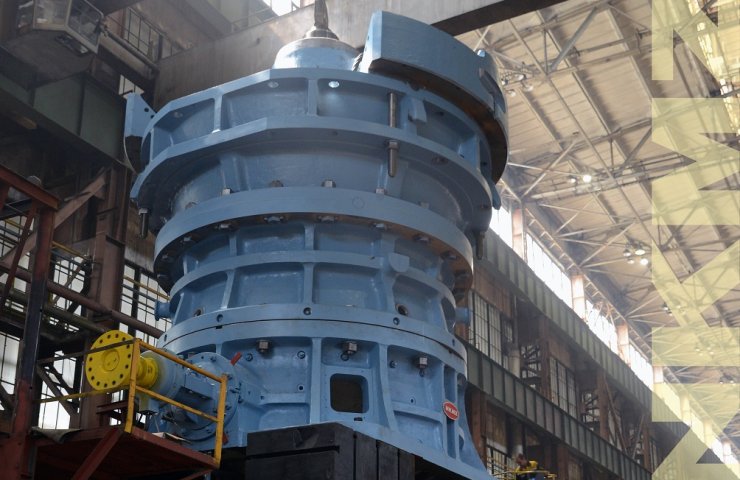 As a result of the improvement of the design of this crusher, its capacity was 5.5 thousand tons /hour, which is almost 55% higher than before the modernization.

NKMZ has already produced cone crushers of this standard size, but only of standard performance. One of them was manufactured and delivered to Ingulets GOK last year, and has already been installed today.

Higher productivity of the new modernized crusher, while maintaining the same overall dimensions, is ensured as a result of structural changes to the standard model - increased drive power and improved components that crush material.

Another feature is that, at the request of the customer, it will be installed instead of its dismantled worn-out predecessor on existing foundations without changing the mesh of their anchor parts.

Recommended:
DTEK, the first industrial energy storage system in Ukraine, has been certified by NEC Ukrenergo
The President of the European Commission announced the beginning of the era of hypercompetitiveness
The head of Naftogaz warned of possible discrediting of the Ukrainian gas transportation system for European consumers
On this topic
Novokramatorsk Machine Building Plant fulfills an order for the Romanian plant of Liberty Steel
Novokramatorsk Machine-Building Plant presented a modified crusher (Video)
Novokramatorsk Machine-Building Plant showed a crusher design for Poltava GOK
A unique Ukrainian crushing complex has started operating in the iron ore quarry of the Kursk
Novokramatorsky Mashinostroitelny Zavod re-entered the market of coke chemical equipment
ArcelorMittal Kryvyi Rih installed a new crushing line
Partner news
Сomments
Add a comment
Сomments (0)
News Analytics
Free access to data on special permits for the use of subsoil was opened in28-09-2021, 18:27
Zaporozhye iron ore plant modernized crushing and sorting plant28-09-2021, 16:48
The development of industrial parks will allow to completely restart the28-09-2021, 16:19
Ukrainian Foreign Ministry summoned the Hungarian Ambassador over an agreement28-09-2021, 12:43
ArcelorMittal to Build a Billion Euro Waste Blast Furnace in Belgium28-09-2021, 12:16
Oil prices to surpass $ 90 by year end due to shortages - Goldman Sachs27-09-2021, 10:58
Moody's changes its outlook for the mining and metals industry from "positive"14-09-2021, 18:39
European steel prices decline from summer highs and remain stable high04-09-2021, 10:38
Rise in European steel prices to dizzying levels finally fizzled out - Bloomberg27-08-2021, 13:18
Gold continues to be the most efficient portfolio asset - WGC26-08-2021, 12:38
Sign in with: