Gas prices in Europe jumped above $ 650 per thousand cubic meters

Russia continued to cut gas supplies via the Yamal-Europe pipeline, as a result of which the volume of hydrocarbons pumped at the entrance to the German gas transmission system halved. 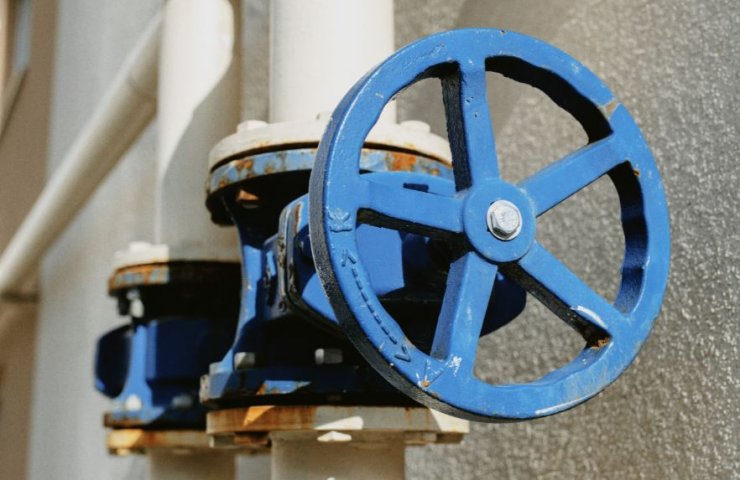 The exchange price of natural gas in Europe has overcome another psychological level, having risen at trading in the first half of the day on Monday above $ 650 per thousand cubic meters, Interfax reports with reference to the data of the ICE Futures exchange.

It is noted that the supply of Russian gas to the European Union has decreased by almost two times compared to the level of Sunday and one and a half times to the level of working days last week. At the moment, the flow of gas at the entrance to the gas transmission system of Germany is 1.5 million cubic meters per hour, while on Sunday it was 3 million, and in previous days - 2.3 million cubic meters per hour.

A new gas year begins in October. Until the end of September, Gazprom has a long-term reservation of transit capacities of the Yamal-Europe gas pipeline. The Russian company has not yet booked the capacity of this line at the past annual and quarterly auctions.

Финансовая аналитика, прогнозы цен на сталь, железную руду, уголь и другие сырьевые товары. More news and analytics on Metallurgprom telegram channel - subscribe to get up-to-date market information and price forecasts faster than others.
Сomments
Add a comment
Сomments (0)
On this topic
Gazprom will cut transit through Poland and will not book additional capacities in Ukraine
Gazprom cuts gas supplies through Belarus by 40%
Gas price in Europe skyrocketed to $ 464 per thousand cubic meters
Dnipro Metallurgical Plant first fulfilled the plan for the production of rolled metal
Gazprom cuts gas pumping into underground storage facilities in Europe and reduces transit through
Gas in Europe has risen to almost $ 600 per thousand cubic meters
Recommended:
Ukrainian court invalidated sale of Ferrexpo Plc shares in 2002
European non-ferrous metal producers demand action on rising energy prices
In August, the truck market in Ukraine decreased by 62%
News Analytics
Ukrainian court invalidated sale of Ferrexpo Plc shares in 200222-09-2022, 12:45
EU Commission not doing enough to save aluminum industry - associations21-09-2022, 11:07
Steel market in Europe expects big production cuts due to weak demand20-09-2022, 11:13
Ford warns investors to cut car deliveries due to parts shortages20-09-2022, 10:43
The price of lithium resumes insane growth after Elon Musk's remarks20-09-2022, 10:54
China production cuts in winter will give limited boost to steel markets -15-09-2022, 10:09
Steel prices may rise as manufacturers stop production11-09-2022, 14:06
IREPAS: The global long products market is in a "dramatic situation"10-09-2022, 20:49
Steel prices are unlikely to rise significantly in the near future - analysts02-09-2022, 22:58
Steel prices may move up on new data from China31-08-2022, 12:19
Sign in with: