The Ministry of Economy of Ukraine expects the launch of a program to compensate interest on loans for export operations, which should facilitate access for businesses to financial resources and will become a significant impetus for the development of high-tech sectors of the economy, including the space industry. 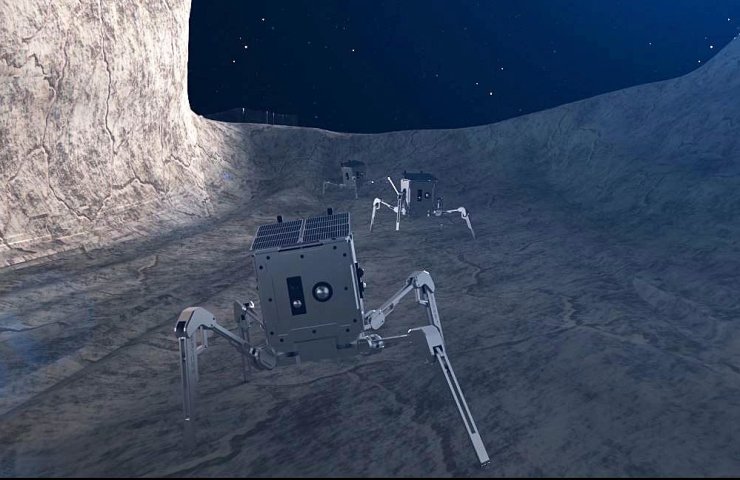 Today Deputy Minister of Economy of Ukraine Mykhailo Lev took part in a briefing on the occasion of the first international mission to the moon with the participation of Ukrainian engineering enterprises, which will take place in 2022 through the efforts of Spacebit (Great Britain), founded by Ukrainian Pavel Tanasyuk.

“For me personally, the space industry is one of the priorities, and I am grateful that with the support of private foreign business, our enterprises are reaching new heights. In turn, the Ministry of Economy is ready to provide comprehensive support to investors and will help to attract foreign investment in high-tech sectors of the economy, ”said Deputy Minister of Economy of Ukraine Mikhail Lev.

The general director and founder of Spacebit Pavel Tanasyuk, Chairman of the Economic Committee of the Verkhovna Rada Dmitry Natalukha and business representatives also took part in the event.

“One of the strategic tasks of the Ministry is the transformation of the national economy from raw materials to high-tech. For this, it is important not only to attract large-scale investment, but also to provide effective government support for domestic business, which is implemented, in particular, through the Export Credit Agency, ”said Mikhail Lev.

According to Tanasyuk, as part of the mission, which will cost the Ukrainian side about one and a half million dollars, equipment will be delivered to the satellite for conducting scientific research on the lunar surface. In particular, we are talking about cameras and radiation sensors, which will be manufactured by Ukrainian engineers and tested by the company together with the Yuzhnoye Design Bureau, the Meridian Research and Production Enterprise named after Queen, by Ecotest and Titanera.

The British company Spacebit, in cooperation with American partners, in particular NASA CLPS, will carry out the first mission to the moon in 2022. Technologies for the implementation of the mission "Spacebit" develops in conjunction with the Design Bureau "Yuzhnoye", Research and Production Enterprise "Meridian" them. Queen, Ukrainian companies "Ecotest" and "Titanera". Ukrainian partners in this mission are Nemiroff and DTEK Academy.

Recommended:
German industry surprises with record orders - Handelsblatt
The exchange price of gas in Europe has exceeded a record $ 800 per thousand cubic meters
Alexey Miller: construction of the Nord Stream 2 gas pipeline is fully completed
On this topic
How can integrated subsoil use objects help the development of raw materials exports in Ukraine?
Turkey is developing a hybrid rocket to fly to the moon for the 100th anniversary of the republic
Ukraine needs to reduce mortgage rates to 8-10% - Confederation of Builders of Ukraine
Yuzhmash told whether it is possible to launch reusable rockets from the Black Sea
At Turboatom presented the achievements of the economy of Ukraine in the last 100 days
Ukraine detensive the scrap metal market in the spring
Partner news
Сomments
Add a comment
Сomments (0)
News Analytics
Elon Musk arranges "Giga-fest" at the Berlin Tesla Gigafactory in Grünheide19-09-2021, 21:42
Australia has hinted to France about breaking the $ 60 billion deal for the19-09-2021, 10:11
Environmentalists filed claims against Metinvest plant in Kryvyi Rih for half a18-09-2021, 13:02
Coal production in Ukraine in January-August 2021 increased by 6%18-09-2021, 11:11
Viktor Pinchuk's metallurgical company Interpipe increased steel production by18-09-2021, 11:46
Moody's changes its outlook for the mining and metals industry from "positive"14-09-2021, 18:39
European steel prices decline from summer highs and remain stable high04-09-2021, 10:38
Rise in European steel prices to dizzying levels finally fizzled out - Bloomberg27-08-2021, 13:18
Gold continues to be the most efficient portfolio asset - WGC26-08-2021, 12:38
Falling iron ore prices caught Wall Street by surprise - WSJ23-08-2021, 13:57
Sign in with: