Worldskills Ukraine is part of the international competition Worldskills International, which is called the Olympic Games for students and workers aged 18-22. 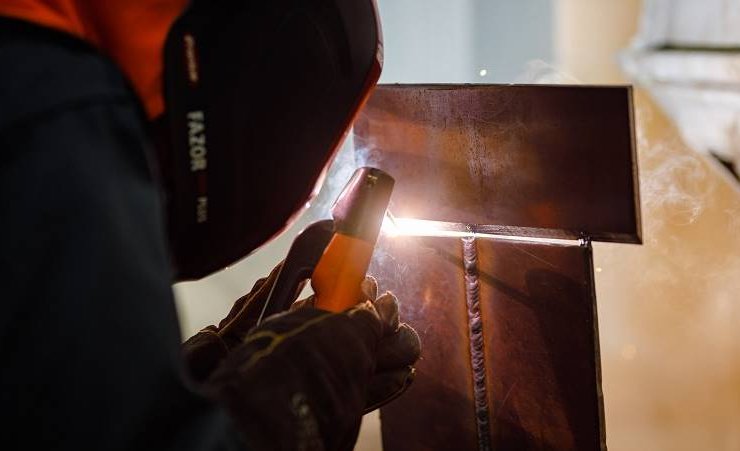 The qualifying stage of the All-Ukrainian competition of professional skills WorldSkills Ukraine 2022 for young professionals and schoolchildren will begin in October this year in Ukraine.

The competition consists of two stages - regional and all-Ukrainian - and lasts two years. Selection for the competition in the regions will take place in October-November this year, and the final at the national level in April-May 2022.

This year, the competition will be held in 18 competencies, of which 12 are for students of vocational education institutions and skilled workers and six are for schoolchildren. Test Projects for most competencies are already available at worldskillsukraine.org. The essence of the tasks is for the participants to demonstrate their practical skills at the set time.

Metinvest Group will also act as a traditional sponsor of the competition. The company of Rinat Akhmetov and Vadim Novinsky will support the competition of turners, locksmiths, electricians, welders, locomotive driver assistants, crane drivers, fireproofers.

“Metinvest has become a partner of WorldSkills Ukraine since the competition was founded in 2016. This is another confirmation of the fact that we are consistently engaged in the reform of technical education in the country. Over 15 years of operation, Metinvest has invested UAH 180 million in education. With the support of the Group, 57 professional and 50 educational standards have been introduced in Ukraine. Finally, we are building the first mining and metallurgical university in Ukraine Metinvest Polytechnic. We do all this so that young people find themselves in professions, and Ukrainians can be proud of the development of technologies in their country, ”commented Yuriy Ryzhenkov, CEO of Metinvest Group.

Recommended:
Investment demand for electricity projects in Ukraine is $ 25 billion - Ministry of Energy
World iron ore prices are already below $ 100 per ton
Energomashspetsstal is preparing a scheduled shipment of the next large batch of blanks for the Akkuyu NPP
On this topic
Ukraine held its 13th position among 62 steel-producing countries in October
Metallurgical production of the Donetsk region of Ukraine in October increased by 8.1%
The final of the competition for working professions WorldSkills Ukraine has started in Ukraine
Metinvest will create new jobs for youth
Metallurgical production in Donetsk region in October fell by 13.5%
The Ukrainian government announced an unprecedented scale of power renewal
Partner news
Сomments
Add a comment
Сomments (0)
News Analytics
Free access to data on special permits for the use of subsoil was opened in28-09-2021, 18:27
Zaporozhye iron ore plant modernized crushing and sorting plant28-09-2021, 16:48
The development of industrial parks will allow to completely restart the28-09-2021, 16:19
Ukrainian Foreign Ministry summoned the Hungarian Ambassador over an agreement28-09-2021, 12:43
ArcelorMittal to Build a Billion Euro Waste Blast Furnace in Belgium28-09-2021, 12:16
Oil prices to surpass $ 90 by year end due to shortages - Goldman Sachs27-09-2021, 10:58
Moody's changes its outlook for the mining and metals industry from "positive"14-09-2021, 18:39
European steel prices decline from summer highs and remain stable high04-09-2021, 10:38
Rise in European steel prices to dizzying levels finally fizzled out - Bloomberg27-08-2021, 13:18
Gold continues to be the most efficient portfolio asset - WGC26-08-2021, 12:38
Sign in with: