The Ukrainian gas storage operator is interested and intends to cooperate with European operators on hydrogen issues. 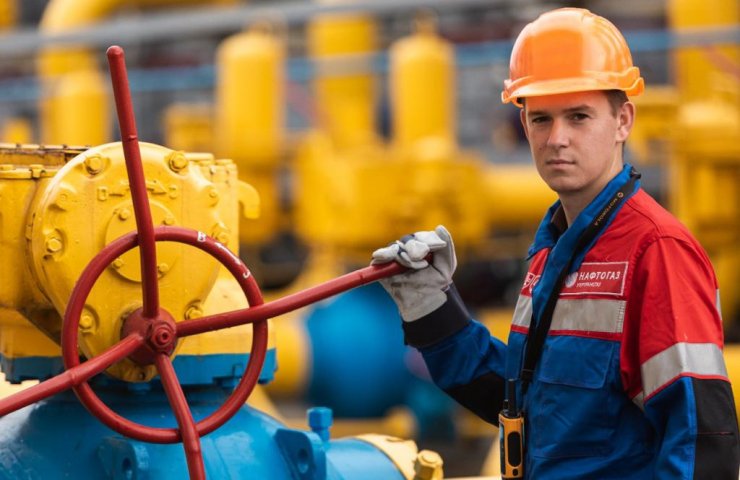 The Ukrainian gas storage operator Ukrtransgaz is studying the possibility of transferring the Krasnopopovsky underground storage in the Luhansk region to store hydrogen or its mixture with methane, said Ukrtransgaz chief engineer Vladimir Rudko.

“We are considering this storage facility for use in a pilot project to store hydrogen or a mixture,” he told reporters at a press conference on Wednesday. According to him, tests are already underway in Europe on the effect of hydrogen on the existing gas transmission equipment.

“Now the Slovak company NAFTA is testing the possibility of using compressors, valves, pipelines. They are testing different modes, different volumes of hydrogen in methane, which can be used as much as possible so as not to make a global reconstruction of equipment, "he said.

Recall that NJSC Naftogaz of Ukraine and the German gas trader RWE Supply & Trading on the day of the visit of German Chancellor Angela Merkel to Kiev agreed to cooperate in the development of hydrogen projects. In particular, we are talking about the development of projects for the production and storage of green hydrogen and ammonia in Ukraine and their import to Germany.

In 2020, the EU presented a hydrogen strategy, which provides for the widespread use of the so-called "green" hydrogen. The EU views Ukraine as one of the key partners for the implementation of these plans. Europe expects that up to 10 gigawatts of capacities for the production of "green" hydrogen will be built in Ukraine by 2030.

Replacing gas with hydrogen in the gas transmission system is not as easy as it seems at first glance. The reason is the rapid corrosion of the metal - an ordinary low-pressure gas pipe is corroded by hydrogen in a few hours. At the same time, if natural gas diluted with hydrogen is supplied through pipes, then the 20% mixture can be transported by existing pipelines with relatively little modernization.

Финансовая аналитика, прогнозы цен на сталь, железную руду, уголь и другие сырьевые товары. More news and analytics on Metallurgprom telegram channel - subscribe to get up-to-date market information and price forecasts faster than others.
Сomments
Add a comment
Сomments (0)
On this topic
Naftogaz and RWE signed a memorandum of cooperation in the development of hydrogen projects
"Naftogaz" has filed a lawsuit against the government of Ukraine for the issuance of a
The operator of the gas transport system of Ukraine has concluded agreements with all connecting
Elon Musk contracted coronavirus, but doubts the reliability of the tests
Interpipe told Ukrainian gas producers about the secrets of UPJ-F premium connection
Germany begins certification of the Nord Stream 2 gas pipeline, which may take up to 4 months
Recommended:
Ukraine may resume coal exports to Poland
EU steel consumption hits third recession in four years: Eurofer
China's Hainan Province to ban internal combustion engines by 2030
News Analytics
Ukrainian court invalidated sale of Ferrexpo Plc shares in 200222-09-2022, 12:45
EU Commission not doing enough to save aluminum industry - associations21-09-2022, 11:07
Steel market in Europe expects big production cuts due to weak demand20-09-2022, 11:13
Ford warns investors to cut car deliveries due to parts shortages20-09-2022, 10:43
The price of lithium resumes insane growth after Elon Musk's remarks20-09-2022, 10:54
China production cuts in winter will give limited boost to steel markets -15-09-2022, 10:09
Steel prices may rise as manufacturers stop production11-09-2022, 14:06
IREPAS: The global long products market is in a "dramatic situation"10-09-2022, 20:49
Steel prices are unlikely to rise significantly in the near future - analysts02-09-2022, 22:58
Steel prices may move up on new data from China31-08-2022, 12:19
Sign in with: