The expected cost of the 30 most relevant projects in the electric power sector, presented by Vladimir Zelensky in the United States, is $ 16.85 billion. 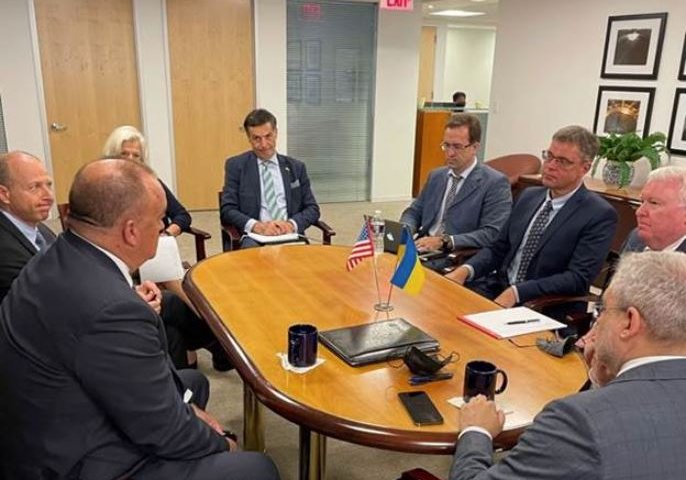 The total investment demand for electricity projects is $ 25 billion, Energy Minister German Galushchenko wrote on his Facebook page, summing up the results of his working visit to the United States.

“We had a constructive conversation with the leadership of the US Eximbank and the World Bank to raise funds for the implementation of projects to develop the Ukrainian energy sector and strengthen energy security. The 30 hottest projects in the power sector are expected to cost $ 16.85 billion. The total investment demand for electricity projects is $ 25 billion, ”said German Galushchenko.

He added that the meetings held with LNG Allies and DFC confirmed that American companies are interested in partnership with Ukraine, because the Ukrainian energy sector has significant investment potential.

“We are determined to implement it,” the minister emphasized.

During the visit, Ukraine's Energy Minister signed a joint statement with US Energy Secretary Jennifer Grengolm in the presence of Ukrainian President Volodymyr Zelenskyy. German Galushchenko also held meetings with US Deputy Secretary of Energy Andrew Light, Deputy Head of the State Department Victoria Nuland, Senior Adviser to the US Secretary of State for Energy Security Amos Hochstein and with the leadership of the US Bureau of Energy Resources, as well as with the leadership of Westinghouse and NuScale.

German Galushchenko announced the continuation of a more substantive discussion with the US Department of Energy on strategic dialogue on energy and climate issues at the next meeting in Warsaw.

Recommended:
Ukraine wants to transform the economy from raw materials to high-tech
United Arab Emirates hopes to end US steel import duties soon
European Commission gives Germany 2.25 billion euros in financial assistance
On this topic
Is it possible to replace Russian gas in the Ukrainian GTS with "green" hydrogen?
World Bank allocates $ 212 million for the integration of the energy grid of Ukraine and the EU
Ukraine wants to buy liquefied natural gas from Turkey
The German Ambassador reminded the head of the Ministry of Energy of Ukraine about the EU's
Stopped nuclear power plants and mines. What's going on in the energy sector of Ukraine?
The Ministry of infrastructure of Ukraine invited the U.S. companies to participate in concession
Partner news
Сomments
Add a comment
Сomments (0)
News Analytics
Low-cost carrier Ryanair plans aggressive expansion in Ukraine16-09-2021, 21:34
Deutsche Bahn decided not to aggravate the situation with trade unions and will16-09-2021, 15:20
China to continue selling off its reserves to ease supply deficit16-09-2021, 15:44
Ten out of fifteen steel-making electric furnaces in Ukraine are idle -16-09-2021, 12:46
Australia will build its own nuclear submarines16-09-2021, 10:15
Moody's changes its outlook for the mining and metals industry from "positive"14-09-2021, 18:39
European steel prices decline from summer highs and remain stable high04-09-2021, 10:38
Rise in European steel prices to dizzying levels finally fizzled out - Bloomberg27-08-2021, 13:18
Gold continues to be the most efficient portfolio asset - WGC26-08-2021, 12:38
Falling iron ore prices caught Wall Street by surprise - WSJ23-08-2021, 13:57
Sign in with: