Chinese expert warned about the strategic error of "Naftogaz"

gas Prices in the world will increase in the long term - the representative of the Chinese service company Xinjiang Beiken Energy. 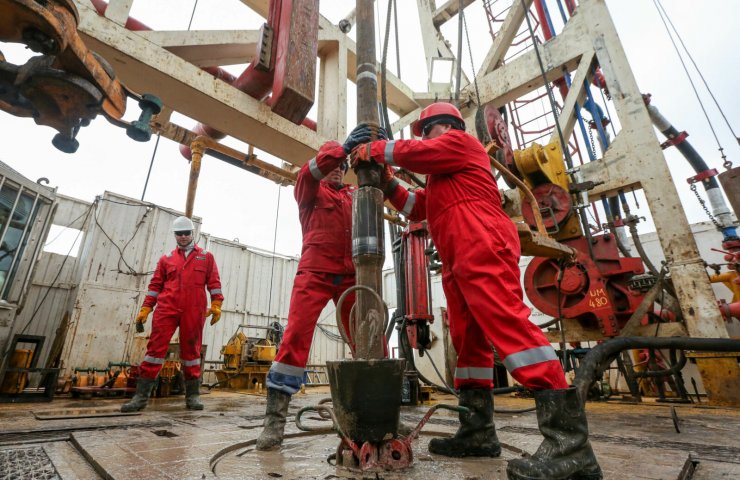 the price of natural gas in the world lately decreased through certain factors which are temporary and in the long run they will grow. This opinion was expressed by the representative of the Chinese service company Xinjiang Beiken Energy Engineering Co Ltd (XBEE) Amir Kilani during the round table "What prevents gas independence of Ukraine" in mid-November in Kiev.

Kilani recalled that according to leading analysts, gas prices are falling because the European warm winters, which started in 2014, growth in supply of American liquefied natural gas (LNG) and the refusal of major players - Russia and Norway - to reduce the volume of gas production (because of the reluctance to lose market share). However, in his opinion, this situation cannot be permanent.

"Why the American became more LNG on the European market? This is due to the trade war between China and the United States. In 2018, China imposed duties on U.S. LNG. China is its main consumer. Accordingly, the released volumes were sent to Europe. But if a trade war with China would cease, LNG will go back to China, because it is more long-term, dynamic and attractive market," explained Manager Beiken.

According to him, also exaggerated the factor of high reserves in European underground gas storages (UGS): with the annual gas consumption of the EU of 470 billion cubic meters of reserves of about 100 billion won't last very long.

Thus, according to Kilani, the rejection of its own gas production due to the decrease in the price of the resource, which is observed recently in Ukraine - a bad strategy.

Recall that in July 2019, the NJSC "Naftogaz of Ukraine" has introduced a new strategy of gas production, according to which all financial efforts will be directed to the intensification of production on efficient mines, while successful completion of the programme will be measured not in cubic meters produced, and the financial results of the company.

Recommended:
Industrial visa-free will be scaled to all industries - Minister Petrashko
Ford invests $ 1 billion in its first European electric vehicle
Ice Apocalypse In Texas Spurs Up Gas Prices In Europe
On this topic
The price of gas for Ukraine's population will grow in November, by almost 15%
A new lawsuit for "Gazprom": what does "Naftogaz" in the Stockholm arbitration?
Unbundling "Naftogaz" will bring the signing of a new agreement on the transit of Russian gas
Today in Ukraine, gas prices for industry increase by 20%
Heating season in Ukraine: where there can be problems with heat and why
Gas as a weapon of Russia's hybrid war: how to deal with it?
Add a comment
Сomments (0)
News Analytics
At the Yaroslavsky metallurgical plant in the Dnieper began to pay for new04-03-2021, 14:39
Novokramatorsk Machine Building Plant strengthens its position in the national04-03-2021, 14:44
ArcelorMittal Kryvyi Rih started hot tests of sinter machine No. 2 after04-03-2021, 14:37
Chinese researchers develop soft robot for deep sea exploration04-03-2021, 13:19
Lufthansa has a record loss of 6.7 billion euros in 202004-03-2021, 13:48
Spread between raw materials and high strength alloy steel in Europe increased01-03-2021, 20:21
Increase in prices is forecasted in the markets of steel raw materials -26-02-2021, 09:25
Troy ounce of gold will drop $ 500 in two years - Fitch25-02-2021, 18:29
Global iron ore production growth to outstrip cumulative production in India23-02-2021, 10:22
Fitch Ratings Warns of “Shocking Impact” on Fossil Fuel Exporters18-02-2021, 14:44
Sign in with: