As promised by the company, the investment will create a 73 MW wind farm and employ 360 people. 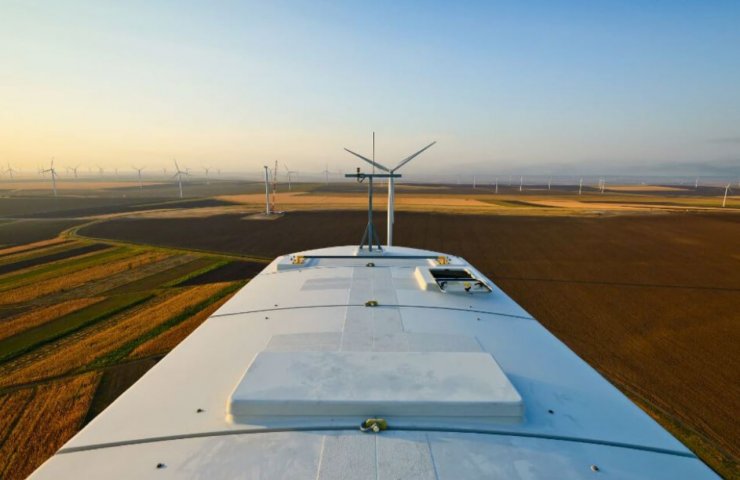 The company said on Monday that construction work on this particular project is expected to begin in 2023. The scheme is estimated to require an investment of € 76 million (approximately US $ 90.2 million), which will create 360 ​​jobs.

“Given the potential of renewable energy in Ukraine and its proximity to the growing European market, it was an obvious choice for CWP Global to invest in Ukraine. This landmark investment in Ukraine is an exciting stepping stone for CWP Global, and we look forward to working with communities, supply chain partners and the Ukrainian government to deliver the world's leading infrastructure projects, ”said CWP Chairman Mark Crandall.

The company says it has an ambitious development plan for Ukraine aimed at supporting the country's transition from fossil fuel-based energy production to a low-carbon future.

CWP Global also sees the potential for green hydrogen production in Ukraine. Moreover, the company believes that the country could become a center for the production and export of hydrogen to Western European countries on the continent.

CWP was founded in 2007 out of a passion for renewable energy and the opportunity that has presented a timely entry into the emerging renewable energy market in Southeast Europe. Since then, the company has developed nearly 2,000 MW of renewable energy projects, including Europe's largest operating onshore wind farm. CWP Global is headquartered in Newcastle, Australia.

Финансовая аналитика, прогнозы цен на сталь, железную руду, уголь и другие сырьевые товары. More news and analytics on Metallurgprom telegram channel - subscribe to get up-to-date market information and price forecasts faster than others.
Сomments
Add a comment
Сomments (0)
On this topic
How the reform of the electricity market in Ukraine can lead to a collapse and what to do about it
Vestas and DTEK RES signed an agreement for the supply of wind turbines for the construction of the
Yuzhmash told whether it is possible to launch reusable rockets from the Black Sea
The Chinese company will build the largest wind farm in Europe in Ukraine
Buy Russian electricity for six Ukrainian companies
Ukrainian hydrogen for Europe: an image of the future or a soap bubble?
Recommended:
EU steel consumption hits third recession in four years: Eurofer
For 8 months of 2022, steel production in Ukraine fell by 64.5%, to 5.2 million tons
The European Commission plans to create a European hydrogen bank with a budget of 3 billion euros
News Analytics
Moody's changed the outlook for the global mining industry to26-09-2022, 19:04
Russia may increase taxation of oil, gas, coal and fertilizers26-09-2022, 15:58
UK steel production hits record low this year26-09-2022, 15:07
Ukrainian court invalidated sale of Ferrexpo Plc shares in 200222-09-2022, 12:45
EU Commission not doing enough to save aluminum industry - associations21-09-2022, 11:07
China production cuts in winter will give limited boost to steel markets -15-09-2022, 10:09
Steel prices may rise as manufacturers stop production11-09-2022, 14:06
IREPAS: The global long products market is in a "dramatic situation"10-09-2022, 20:49
Steel prices are unlikely to rise significantly in the near future - analysts02-09-2022, 22:58
Steel prices may move up on new data from China31-08-2022, 12:19
Sign in with: