The shareholders' meeting on August 27 decided to rename Turboatom into Ukrainian Power Machines, and also change its type from public to private joint stock company against which 17.44998% of votes were cast, as well as against subsequent decisions on changing the charter, internal provisions, accession of "Electrotyazhmash" and additional agreement with Ukreximbank. 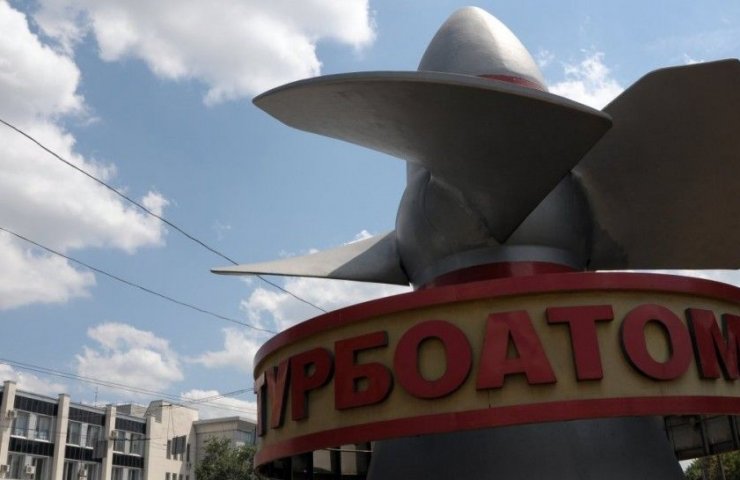 The association of "Turboatom" and "Electrotyazhmash" will pass under the control of the Cabinet of Ministers of Ukraine. reported Acting Chairman of the Kharkiv Regional Administration Alexander Skakun on his Facebook page.

“Turboatom and Electrotyazhmash are not just uniting into Ukrainian power machines. The giant enterprise passes into the direct management of the Cabinet of Ministers of Ukraine. The State Property Fund will transfer a controlling stake to the government immediately after the completion of the merger process, ”Skakun said.

According to the head of the Kharkiv region, the decision will allow the new enterprise to solve a number of issues, since the main national customers of industrial giants - Energoatom and Ukrhydroenergo are also subordinate to the cabinet of ministers.

“I am sure that this is exactly the path that will allow you to withdraw from the edge of the abyss Electrotyazhmash, which almost went down in history, like dozens of industrial enterprises of modern Ukraine. I consider this a success of the Kharkiv region and my personal success. In addition, I would like to inform you that it has been decided that the giant will be headed by Viktor Subbotin, "Skakun wrote.

Earlier it was reported that the meeting of shareholders of JSC "Ukrainian Power Machines", more than 75% of which belongs to the state, could not make a number of decisions on joining JSC "Plant" Electrotyazhmash "due to the prohibition of the Kharkiv Economic Court to make such decisions. According to the register of court decisions, the court adopted a relevant ruling prohibiting the assembly from making these decisions on September 21 to secure a claim related to the entrepreneur Konstantin Grigorishin AMC Svarog Asset Management, whose assets include more than 15% of Turboatom's shares.

On August 26 this year, the Cabinet of Ministers of Ukraine approved the reorganization of the state-owned enterprise Electrotyazhmash Plant by merging it with Turboatom JSC.

Recommended:
President of Ukraine: mechanical engineering should become the basis for the development of the national economy
The National Police exposed the criminal scheme of embezzlement of funds of the state enterprise "Ukrhimtransammiak"
China raises rare earth mining quotas by 20% to record high
On this topic
Turboatom will grow by Electrotyazhmash: Kharkov plants were allowed to unite
Turboatom and Electrotyazhmash discussed prospects for cooperation under Ukrhydroenergo contracts
Ukrhydroenergo has denied the existence of the debt to Elektrotyajmash
The state property Fund of Ukraine plans this year to privatize "Turboatom"
At Turboatom presented the achievements of the economy of Ukraine in the last 100 days
Turboatom will not sell in turbo mode - Milovanov
Partner news
Сomments
Add a comment
Сomments (0)
News Analytics
Metinvest to provide oxygen to hospitals in Kiev and Kharkiv region23-10-2021, 14:09
DTEK agreed to supply an additional consignment of coal from the USA23-10-2021, 13:37
Oil and gas industry in Russia requires permission to mine cryptocurrency23-10-2021, 12:32
Ukraine hit the Russian ruble23-10-2021, 12:31
Dnipro Metallurgical Plant will remove the unpleasant smell of coke-chemical22-10-2021, 12:02
Global platinum production to grow by 22% in 202120-10-2021, 16:32
In Europe, the stainless steel market unexpectedly "sank" - MEPS30-09-2021, 12:08
Oil prices to surpass $ 90 by year end due to shortages - Goldman Sachs27-09-2021, 10:58
Moody's changes its outlook for the mining and metals industry from "positive"14-09-2021, 18:39
European steel prices decline from summer highs and remain stable high04-09-2021, 10:38
Sign in with: