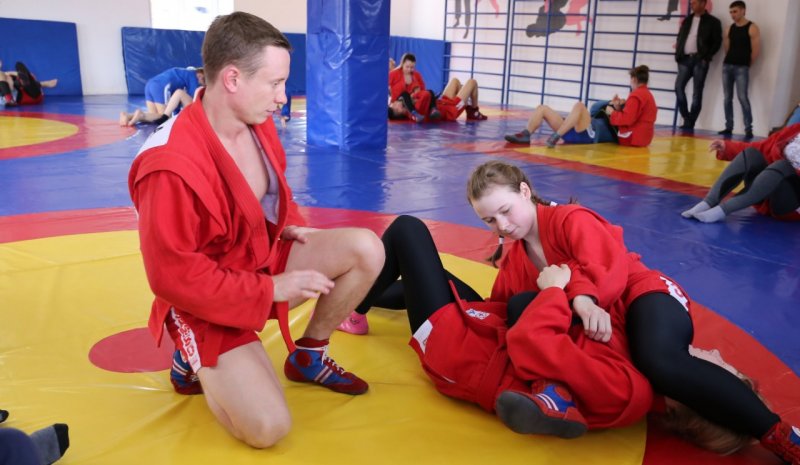 In the children's health camp "Lesnaya Skazka" in the city of Mednogorsk, training camps for children and youth sports schools from the cities of the Sverdlovsk region have started.

Note that for 30 young sambists from 9 to 13 years old from Verkhnyaya Pyshma, Kirovograd and Nevyansk came to participate in the training camp. A trip for the children to the health camp of the steppe Orenburg region became possible thanks to the actively implemented program of support for children's sambo in the cities of presence of the Ural Mining and Metallurgical Company in recent years.

- The choice of Mednogorsk as a territory to strengthen the general physical fitness of young athletes and practicing wrestling techniques is not accidental. This municipality has an excellent base equipped with modern sports equipment, exercise equipment, wrestling halls, including a new sports and recreation complex built in 2020 at the expense of MMSK. The accumulated organizational experience of the city sports committee in holding competitions and tournaments of the local, regional and republican level is also important, - says the head coach of the ANO “Sambo Club“ UMMC ”Valery Stennikov, under whose leadership the training camps were held in the sports complex“ Sokol ”in February of this year on the eve of the Russian Sambo Championship, which took place later in Orenburg.

Sports training camps are an integral part of the life of athletes. It is important for beginner sambo wrestlers to join this process from a young age, when, through intense physical activity, the pupils of the CYSS receive a large number of positive emotions, get acquainted with the traditions, rules of behavior and communication in a team.

- Conditions for living in a suburban health resort camp "Forest Fairy Tale" just wonderful, wonderful food. The natural features of the territory with elevation differences, forests, fresh invigorating air create a special aura for training and health promotion. It takes into account all the formalities for the observance of antiquated events, so we feel completely safe, - says the coach of the UIA Sports School Leader from Verkhnyaya Pyshma, the current athlete of the UMMC Sambo Club Danil Ponomarenko.

Training process among young people Sambo wrestlers will be held on the basis of a summer camp in the vicinity of Mednogorsk and physical culture and sports grounds of the city, including the FOK "Sokol".

- For us, holding such races is not only a great honor, because we receive guests from other regions of the country , but also a certain incentive to keep all participants in this process in good shape. Therefore, we will try to organize training for young sambo wrestlers at a high level, - said the chief specialist of the city committee for sports, tourism and youth policy, Alexander Savenkov.

We add that the copper-sulfur plant has also joined in organizational issues. The city-forming enterprise allocates a comfortable bus for transporting children. Let us remind you that MMSK actively participates in the implementation of the SAMBO development program, which is one of the key directions of the UMMC social policy in the field of sports. This year the plant has planned about 500 thousand rubles for this purpose. Of the large implemented projects on the account of metallurgists - two sports halls with wrestling mats, located in different microdistricts of Mednogorsk, where 250 young athletes are engaged.

On this topic
Metallurgists of MMSK will build a new pool
Another SAMBO Hall opened in Verkhnyaya Pyshma
A new hall for sambo training opened in Sysert
A new sambo section has opened at school No. 17 of Sukhoi Log
Dozens of schoolchildren took part in the military-patriotic training camp at the Byngi airfield
The eternal flame from the factory furnace, Victory Waltz, Procession of military equipment and a
Partner news
Сomments
Добавить комментарий
Комментарии (0)
News Analytics
Low-cost carrier Ryanair plans aggressive expansion in Ukraine16-09-2021, 21:34
Deutsche Bahn decided not to aggravate the situation with trade unions and will16-09-2021, 15:20
China to continue selling off its reserves to ease supply deficit16-09-2021, 15:44
Ten out of fifteen steel-making electric furnaces in Ukraine are idle -16-09-2021, 12:46
Australia will build its own nuclear submarines16-09-2021, 10:15
Moody's changes its outlook for the mining and metals industry from "positive"14-09-2021, 18:39
European steel prices decline from summer highs and remain stable high04-09-2021, 10:38
Rise in European steel prices to dizzying levels finally fizzled out - Bloomberg27-08-2021, 13:18
Gold continues to be the most efficient portfolio asset - WGC26-08-2021, 12:38
Falling iron ore prices caught Wall Street by surprise - WSJ23-08-2021, 13:57
Sign in with: