MMSK metallurgists helped to renovate the school of arts 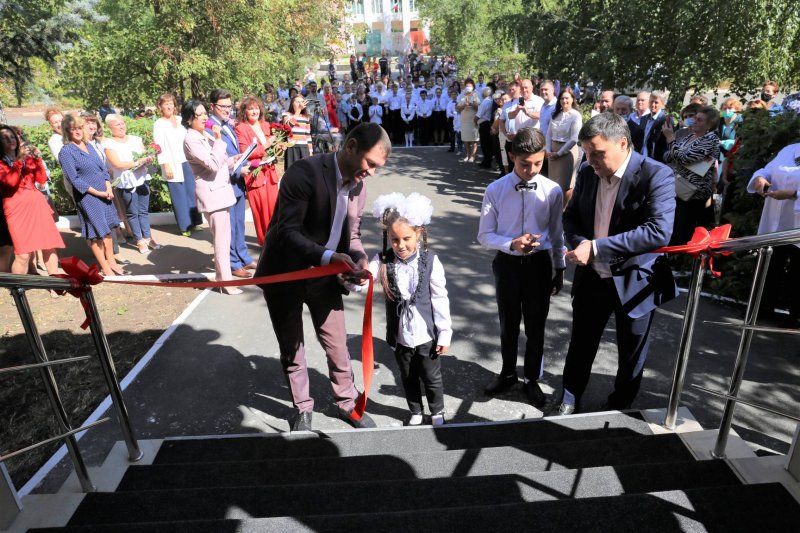 The Children's Art School, with the support of the Mednogorsk MSK (an enterprise of the UMMC metallurgical complex), celebrated a housewarming in a new renovated building.

The Music School is the oldest cultural institution in the city, founded back in 1944. Until recently, the pupils of the Children's School of Arts were engaged in a building that required thorough repairs, but the city authorities made a quite reasonable decision to invest in a major overhaul of the vacated children's polyclinic. Funds for the conversion of the building under the Agreement on Social and Economic Partnership between the Government of the Orenburg Region and the Ural Mining and Metallurgical Company in the amount of 55 million rubles were allocated by the Mednogorsk Copper and Sulfur Combine.

- Construction and repair work has been completed, and today Mednogorsk residents receive a modern institution that meets new standards for quality education in the field of culture and art. The music school has become another social object of the city, built with the active participation of the Mednogorsk MSK and the support of the UMMC. This long-term and fruitful cooperation becomes the key to the confident socio-economic development of the city, the creation of a comfortable living environment for its residents, - said the head of Mednogorsk Andrey Nizhegorodov.

Note that the area of ​​the new art school is about 1000 m2, which exceeds three times the size of the old building. The renovated building will have eight departments: piano, orchestral, choreographic, artistic, etc., in which 488 Mednogorsk children study. 24 highly qualified teachers and educators help them to master the basics of art, many of whom are laureates and diploma winners of all-Russian performing competitions. A good gift for the housewarming party of the children's art school was a set of musical instruments worth about 1.1 million rubles. This list includes a guitar, accordion, button accordion, domra and two pianos. The certificate for the purchase of tools was presented by Ilfat Iskhakov, General Director of MMSK.

- Copper- The sulfur plant does a lot for the development of the social sphere of the municipality. Our team provides financial support to kindergartens and schools, healthcare, culture and sports institutions. Annually for these purposes, the MMSK allocates tens of millions of rubles, the investments from which go to strengthen the material and technical base of social institutions and are embodied in new modern facilities. The children's art school is one of such important and implemented projects, - said the head of the city-forming enterprise.

We add that the Mednogorsk children's art school bears the title of "Property of the Russian State". For 77 years of her activity, she gave a ticket to the fascinating world of creativity and art for more than two thousand students. Among them are the stars of the opera scene, members of renowned musical groups, talented teachers and leaders.

Финансовая аналитика, прогнозы цен на сталь, железную руду, уголь и другие сырьевые товары. More news and analytics on Metallurgprom telegram channel - subscribe to get up-to-date market information and price forecasts faster than others.
Сomments
Добавить комментарий
Комментарии (0)
On this topic
MMSK veterans took part in the sports and creative marathon "Territory Life"
MMSK renews rolling stock and modernizes production
Mednogorsk metallurgists are the leaders of the Orenburg economy
The Public Chamber of the Russian Federation assessed the environmental activities of the MMSK
Unloading of raw materials was accelerated at MMSK
MMK introduces advanced marking technology
News Analytics
The production of passenger cars in Russia decreased by 2.8 times in eight29-09-2022, 11:19
Donetsk and Torez electrotechnical plants will start producing electrical29-09-2022, 11:37
Ukrainian coking plants reduced gross coke production by 55.2%29-09-2022, 11:28
China ramps up investment in transport to bolster economy29-09-2022, 11:33
The heads of mining companies named the main risks for business29-09-2022, 10:03
China production cuts in winter will give limited boost to steel markets -15-09-2022, 10:09
Steel prices may rise as manufacturers stop production11-09-2022, 14:06
IREPAS: The global long products market is in a "dramatic situation"10-09-2022, 20:49
Steel prices are unlikely to rise significantly in the near future - analysts02-09-2022, 22:58
Steel prices may move up on new data from China31-08-2022, 12:19
Sign in with: