Unloading of raw materials was accelerated at MMSK 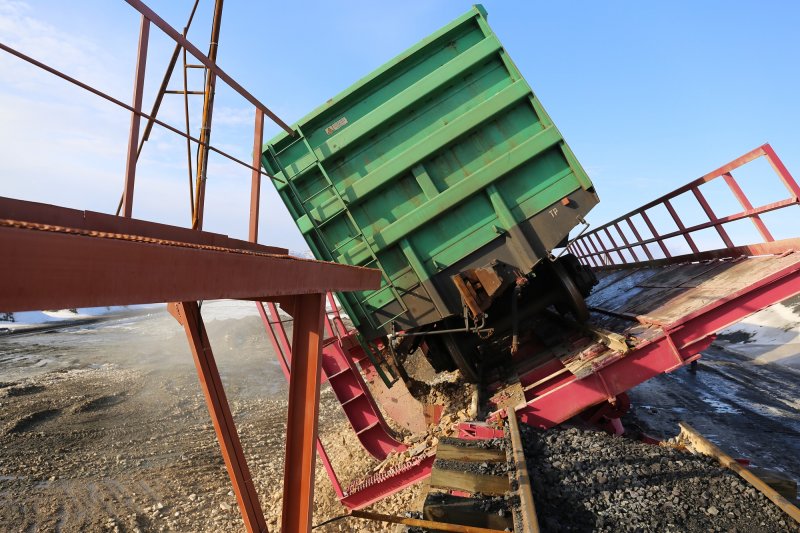 In the railway shop of Mednogorsk MSK (an enterprise of the metallurgical complex of UMMC), after overhaul, a car dumper and an unloading rack were put into operation.

Total expenses of MMSK for overhaul overpasses, access roads and the transfer of the car dumper amounted to about 23 million rubles. The implementation of this project began with a phased overhaul of the overpass, the total length of which is 250 meters. The final point in these works was put at the beginning of this year, after the commissioning of a car dumper for unloading quartzite, which was moved to a new location from the old overpass, where unloading had not been carried out in recent years. Note that quartzite in non-ferrous metallurgy is used as fluxes that are added to the charge when metals are smelted from it. On average, the mill's demand for quartzite for copper-smelting production per month ranges from 4 to 6 thousand tons (60 - 90 railway cars).

The installation of a car dumper on the updated overpass made it possible to accelerate the unloading of cars with quartzite almost three times after all, before that, the work had to be done with the involvement of additional equipment, namely an excavator with a ripper. According to this scheme, it took up to 40 minutes to unload one car, now from 10 to 15 minutes.

- The advantage of the repaired overpass is obvious. Firstly, a place for unloading quartzite has been determined for the car dumper, which excludes the possibility of mixing various types of raw materials. Secondly, the improved logistics of the movement of trains makes it possible to drive up to the car dumper from both sides. And most importantly, by accelerating the unloading of wagons, we reduce the time of their delay on the territory of the enterprise, - says Alexander Afonin, head of the raw materials and charge preparation service of the railway department of the MMSK. costs of transporting raw materials for copper smelting. For this purpose, a program for a radical renewal of rolling stock is being implemented (efficient and economical diesel locomotives TEM2-UMMC). A new container filling station was purchased, which allows to keep an automatic record of refueling locomotives and vehicles. This row also includes the completed work on the overhaul of the unloading rack with a car dumper.