A unique set of economic and political circumstances have contributed to extreme price volatility in recent years. It is generally accepted that a rash purchase can have serious financial consequences 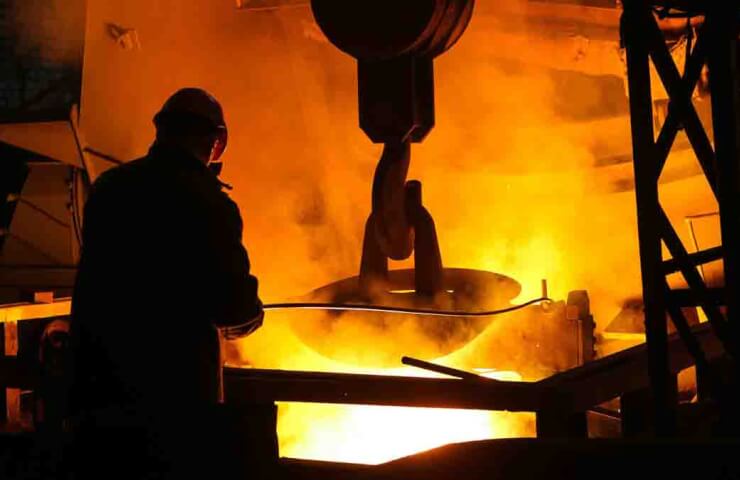 The onset and ongoing recovery from a worldwide pandemic has created challenges that no one has faced before. Market players associated with the automotive and home appliance segments are struggling with a shortage of semiconductors and other key components that remains unresolved.

Price surge caused by the war

After the start of Russia's military special operation in Ukraine at the end of February, steel prices in Western Europe and North America have risen sharply. Concerns about shortages of materials, especially semi-finished products, have been the catalyst for rapid price increases.

However, global steel producers quickly found alternative sources of raw materials other than materials from the CIS. The slowdown in activity due to the continued impact of Covid in Asia has prompted traditional exporters to target both Europe and North America to sell excess inventory.

In the subsequent period, European and North American manufacturers lost a significant part of the profits they received. Prices corrected down to pre-war levels as panic buying subsided and stocks filled.

The MEPS survey conducted in June shows that delivery times to factories in both regions have normalized. Steel buyers, anticipating further price cuts ahead of the summer holidays, are keeping their purchases to a minimum.

Inflationary pressures also play a role in almost every corner of the world. Most central banks, with the exception of China and Turkey, are raising interest rates from historically low levels to fight rising inflation. Many countries hope to avert the threat of a recession, if not in 2022, then certainly in 2023.

Steel-consuming industries, already hit by supply chain bottlenecks, have been further hit by monetary tightening. End user activity is currently lower than expected at this time of year.

The automotive industry continues to be plagued by constant failures due to component shortages. Meanwhile, the home appliance segment, which was strong during the pandemic, is now operating at a significantly reduced level.

Construction is doing better thanks to post-coronavirus EU funding and Made in America across the Atlantic. However, demand for steel is slowing down. The need to refinance due to the rising cost of steel and other building materials causes difficulties due to tightening restrictions on the cost of borrowing.

There are few signs of a significant recovery in demand in any part of the world in the near future. Steelmakers looking to recoup inflated production costs, especially energy, will be reluctant to sell material below cost. This could result in production cuts or downtime, repeating what happened during the pandemic outbreak.

Финансовая аналитика, прогнозы цен на сталь, железную руду, уголь и другие сырьевые товары. More news and analytics on Metallurgprom telegram channel - subscribe to get up-to-date market information and price forecasts faster than others.
Сomments
Add a comment
Сomments (0)
On this topic
War returns to Europe. How will this affect steel supply?
War returns to Europe. How will it affect the regional market of metallurgical raw materials?
American steel industry is going through difficult viral crisis
Signs of another overproduction in the Chinese steel sector
Steel production at record levels. What's next?
Platts Steel Trade Review: China Will Decide Asia's Fate
Recommended:
Brazil has increased steel exports to Europe by eight times against the backdrop of the war in Ukraine
Taiwan is preparing to repel the invasion of Russian steel in Asia
S&P and Fitch consider Ukraine's agreement to defer payments on public debt as a default
News Analytics
Salzgitter invests 700 million euros in mild steel production13-08-2022, 10:44
Evraz decided to get rid of its assets in the US and Canada13-08-2022, 09:10
S&P and Fitch consider Ukraine's agreement to defer payments on public debt13-08-2022, 09:59
Demand for electric vehicles in Ukraine shows "crazy" growth -13-08-2022, 09:07
Director General of Ukrhydroenergo initiated the construction of new bomb13-08-2022, 09:31
The US market may begin a collapse in prices for thick sheet14-07-2022, 09:39
High iron ore shortage could halt metallurgy's green transition28-06-2022, 14:02
Price volatility hits global steel market27-06-2022, 19:28
Recovery in China could be key to rising global steel prices - MEPS24-06-2022, 14:00
Conflict in Ukraine spurs Europe's drive for clean energy03-06-2022, 12:14
Sign in with: