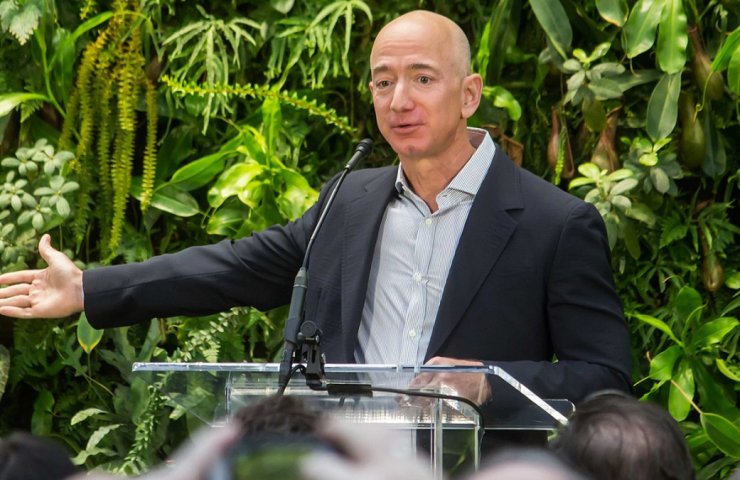 Amazon founder Jeff Bezos announced on Monday that he will provide $ 791 million in grants through his Bezos Earth Fund to 16 organizations working to protect the environment.

“Over the past few months, I've been learning from a group of incredibly smart people who have dedicated their lives to tackling climate change and its impact on communities around the world,” Bezos wrote in an Instagram post on Monday announcing the news. “I am inspired by what they do and I am happy to help them expand.”

Bezos' $ 10 billion program is part of his personal fortune, which the Bloomberg Billionaires Index currently estimates at $ 184 billion.

Interestingly, Amazon has recently been criticized for its environmental impact due to its emphasis on faster and faster delivery, with transportation being the biggest source of greenhouse gas emissions after agriculture.

In May 2019, thousands of Amazon employees signed a letter asking how the company plans to respond to climate change, and many of them went on strike in September 2019 urging managers to do more for the environment.

That same year, Amazon announced a commitment to carbon neutral by 2040, ten years ahead of the Paris Climate Agreement deadline.

Recommended:
British auto industry will lose 50 billion pounds if the country leaves the EU without a deal
Tesla will recall more than 10,000 cars with defective roof and steering wheel
Steel production at Metinvest's plants in Q3 2020 increased by 22%
On this topic
How Tesla became the world's most valuable automaker
Yuzhmash told whether it is possible to launch reusable rockets from the Black Sea
Elon Musk lost $ 5.5 billion during the week because of the "stupid panic" about COVID-19
Coronavirus can "put" the Internet
The transition to a carbon-free economy is actually not as expensive as they say - the experts
Top 10 digital trends in the global steel industry
Add a comment
Сomments (0)
News Analytics
Hydrogen trains in Austria received approval for operation on passenger lines01-12-2020, 19:01
Metinvest is recognized as one of the most sustainable companies in Ukraine01-12-2020, 18:38
Nord Stream 2 will complete construction of the Russian ship Akademik Chersky -01-12-2020, 17:49
Russia did not mind replacing natural gas with hydrogen in Ukrainian transit in01-12-2020, 15:55
Rostec quadrupled the engine resource for the Yak-13001-12-2020, 15:35
European Union scrap collectors worried about possible export restrictions18-11-2020, 10:41
Occupational diseases of workers in the extractive industry: types and ways to16-11-2020, 17:49
Eurofer expects recovery in EU steel demand05-11-2020, 09:47
Hot rolled carbon steel demand will continue to grow by 4% pa until 203004-11-2020, 16:14
Platts Steel Trade Review: China Will Decide Asia's Fate30-10-2020, 10:04
Sign in with: