The British company Elecnor DEIMOS will build the world's first space tug to deliver orbital debris into the dense layers of the atmosphere to burn with it. 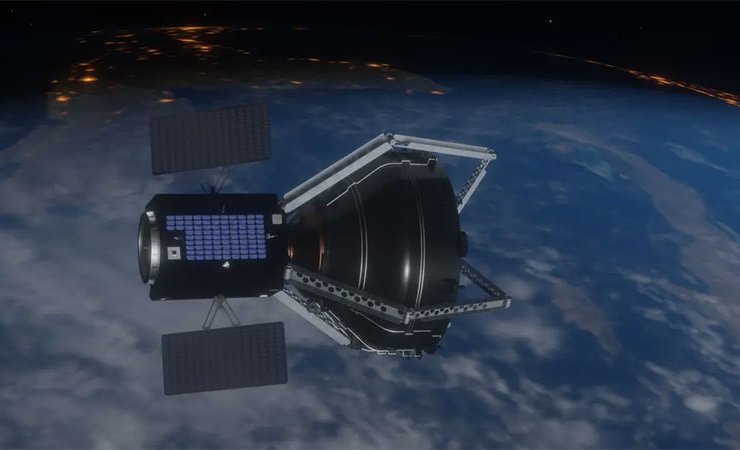 The UK will help Switzerland build the world's first "space flusher" that will remove a chunk of space debris by dragging it into Earth's atmosphere to burn in dense layers on a £ 100 million mission.

British company Elecnor DEIMOS will work with Clearspace to develop an attitude control and orbit control system that will orient the spacecraft while collecting debris.

A £ 100 million space flusher called Talon will be launched in 2025. It was named so because the device will use the movement of the claw to collect debris before sending it into the Earth's atmosphere.

Claw is building Swiss startup Clearspace with support from the European Space Agency (ESA) and eight countries, including the UK.

Aerospace and defense company Elecnor Deimos will develop the Clearspace-1 Attitude and Orbit Control System (AOCS), which will orient and position the satellite to help capture space debris using generators, engines and antennas.

For fourteen billion years, between the Big Bang and the fall of 1957, space was untouched, but since then humans have put more than 10,000 artificial objects into orbit.

Most of them either do not function or have been destroyed, and there are now about 160 million objects in orbit, most of which are "space debris" ranging in size from a few inches to tens of feet across.

He said the tracking was a vital part of the process, and part of the Vega rocket, that recently deorbited would be a“ good target ”since you know exactly where it is and its size.

“Future missions will have more tracking issues and difficulties as we won't know exactly how big, how fast, or where the junk we want to capture is located,” he told MailOnline.

A spokesman for the UK Space Agency said the UK is already a world leader in small satellite technology, telecommunications, robotics and Earth observation.

With the growing demand for services, this could enable the UK space industry to become a global leader in space sustainability.

Earlier this year, the UK Space Agency announced a number of new investments funded by the Space Observation and Tracking (SST) program.

They are designed to enhance the UK's ability to track this debris and manage the risks of potentially dangerous collisions with satellites or even the International Space Station with a crew.

Recommended:
Steel raw materials prices decline in all regional markets
Dneprovsky metallurgical plant of Alexander Yaroslavsky reduced air emissions by 70%
Gas price in Europe skyrocketed to $ 464 per thousand cubic meters
On this topic
Amazon founder Jeff Bezos to donate $ 791 million to climate change activists
NASA, Boeing, Bezos and Musk are heavily influenced by US election results
Who declared a state of emergency is not due to the outbreak of coronavirus in China, and due to
Steel secrets demand
The transition to a carbon-free economy is actually not as expensive as they say - the experts
Airbus: 50 years of aviation history
Partner news
Сomments
Add a comment
Сomments (0)
News Analytics
London to triple financial support for opposition in Belarus - Boris Johnson03-08-2021, 20:04
Ukraine increased steel production in seven months of 2021 by 7.4%03-08-2021, 19:04
A record 700,000 containers are expected on the China-Europe-China route this03-08-2021, 14:15
China Regulatory Authority Launches Investigation Of Collusion Of Automotive03-08-2021, 10:17
Acceptance of blanks for the third unit of the Akkuyu NPP took place at03-08-2021, 10:41
Global gold supply to grow by 3.6% in 202131-07-2021, 21:12
Steel raw materials prices decline in all regional markets27-07-2021, 11:57
On the regional markets of metallurgical products, prices are balancing in a22-07-2021, 16:22
Demand for armaments will ensure a stable growth of armored steel sales by 4%20-07-2021, 10:10
Protectionist Measures Support European Steel Prices Despite Summer Lull19-07-2021, 11:02