The third wave of infections may begin in the first months of 2021 if European countries fail to build infrastructure to fight the coronavirus. 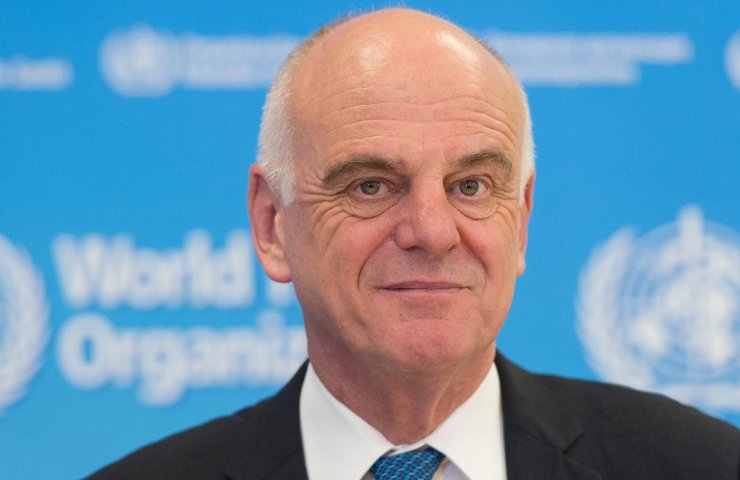 Europe could be threatened by the third wave of the spread of the coronavirus if countries do not create the necessary infrastructure to fight the infection. This was stated by David Nabarro, Special Envoy of the World Health Organization (WHO) on COVID-19 in an interview Solothurner Zeitung.

“The European response [to the pandemic] has been insufficient. They failed to build the necessary infrastructure during the summer months after they took control of the first wave. And now you have a second wave. If they don't build infrastructure now, they will have a third wave early next year, ”Nabarro warned.

He stressed that his colleagues from WHO are constantly forced to repeat that there is no alternative, except for the implementation of the described strategy. According to Nabarro, it is necessary at the local level in each country to organize a process for identifying infected people, as well as to interrupt the chains of infected and contain local outbreaks of the virus.

“The challenge for many Western European countries is to bring the virus back under control without resorting to isolation. Because it is an extremely crude instrument. You pay a high price for this, ”explained the WHO special envoy.

According to the WHO, more new cases of infection are registered in Europe than in other regions. So, over the past week, European countries accounted for 46% of new cases of coronavirus infection and 49% of new deaths. At the same time, the increase in the incidence in the region fell by 10% over the week due to quarantine measures, the WHO reported.

Nabarro gave an example of the fight against coronavirus in Asia. According to him, people there take necessary precautions, including wearing masks and keeping distance. He explained that a clear dialogue has been established between the authorities and citizens there, in addition, there is no choice between health and the economy. “It is always said [in Asian countries] that good health is essential for economic recovery. There is no "or or", there is only "both and", - noted Nabarro.

Recommended:
S&P Global assigned Viktor Pinchuk's Interpipe a 'B' rating with a stable outlook
In Europe, sales of electric vehicles overtake sales of cars with diesel engines for the first time
Volvo engineers dropped 10 new rescue vehicles from 30m height (Video)
On this topic
Why you shouldn't be afraid of virus mutations, is it dangerous to travel during a pandemic and
The UN believes that the world did not hear the warnings of the Global Preparedness Monitoring
Yuzhmash told whether it is possible to launch reusable rockets from the Black Sea
How the reform of the electricity market in Ukraine can lead to a collapse and what to do about it
Mental health in crisis: who recommendations
Top 10 digital trends in the global steel industry
Add a comment
Сomments (0)
News Analytics
SE "VostGOK" promises to pay off wage arrears by the end of next week27-11-2020, 22:39
Ukraine is losing leadership in the EU rapeseed import market due to the27-11-2020, 18:50
Italian steel plant - largest in Western Europe - launches blast furnace27-11-2020, 17:00
Tesla will recall more than 10,000 cars with defective roof and steering wheel27-11-2020, 16:13
How much will steel prices in the United States "jump" upwards and what are the27-11-2020, 16:23
European Union scrap collectors worried about possible export restrictions18-11-2020, 10:41
Occupational diseases of workers in the extractive industry: types and ways to16-11-2020, 17:49
Eurofer expects recovery in EU steel demand05-11-2020, 09:47
Hot rolled carbon steel demand will continue to grow by 4% pa until 203004-11-2020, 16:14
Platts Steel Trade Review: China Will Decide Asia's Fate30-10-2020, 10:04
Sign in with: