Alcatraz Island is located directly opposite the San Francisco waterfront: it is perfectly visible from any point of the coast. 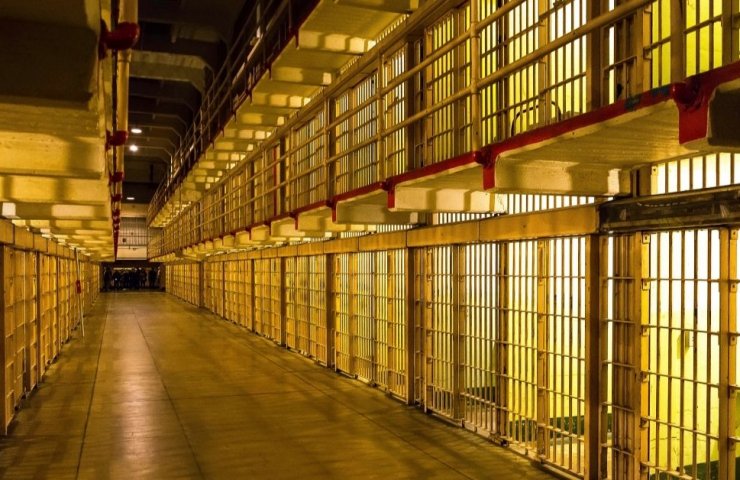 The prison must be safe, especially when it contains some of the most famous criminals of all time. The security problems of keeping the most inveterate villains of the United States were solved in the last century by the inherited steel and shipyard Bethlehem Steel, the world's largest steel company, ArcelorMittal.

Operating from 1857 to 2003, the Bethleheim-based company, once the second largest steel industry in the United States after US Steel, supplied steel for the security systems of the federal prison in Alcatraz. Alcatraz, also known as "the rock," was a military fort in the 1850s, then a military prison, and in August 1934 it became part of the US Federal Bureau of Prisons.

The company supplied extra strong steel that did not lend itself to hacksaws or other common burglary tools at the time.

Alcatraz Island in the San Francisco Bay, USA, got its cute name in honor of the pelicans (Isla de Alcatraces - "Pelican Island"). The island offers a beautiful view of the city of San Francisco and the bay with ships and yachts. However, to contemplate such beauty through the barred windows was very difficult psychologically. Inmates in the most formidable and mysterious prison in the United States, in Alcatraz, were subjected to such a kind of torture.

The prison is located on an island in the shark-infested waters and strong currents of the San Francisco Bay. The prison was home to some notable criminals, including Al Capone. Capone had an easy time in his previous imprisonment, even running his criminal empire from behind bars. It wasn't in Alcatraz. He received no special treatment and suffered from syphilis most of the time. But in his last days at Alcatraz, he played guitar, and some visitors now say that this music can be heard throughout the prison.

Others believe that the ghosts of Native Americans inhabit the "rock" and some say that it is always very cold in cell 14-D, known as the "hole," where the difficult prisoners were kept.

But these steel bars were effective. 26 people tried to escape from Alcatraz. Of these, all but five were captured or shot. It was assumed that the five missing persons drowned.