UN expert: US sanctions against Syria hinder the restoration of civilian infrastructure

UN Independent Human Rights Defender Elena Dovgan called on the United States to lift unilateral sanctions against Syria. In her opinion, the sanctions may prevent the restoration of civilian infrastructure destroyed during the conflict. 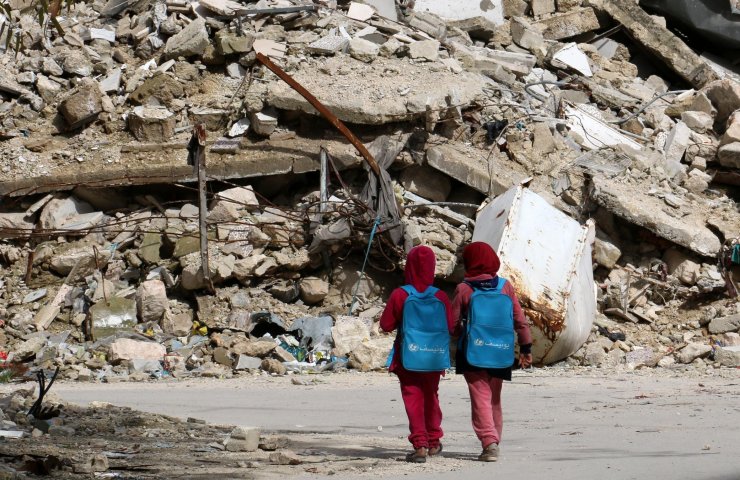 “The sanctions are a violation of the rights of the Syrian people, whose country has been devastated by 10 years of conflict,” said Dovgan, UN Special Rapporteur on the negative impact of unilateral coercive measures on the enjoyment of human rights.

She stressed that the protracted armed conflict had an extremely negative impact on the situation of the Syrians. Many homes, hospitals and schools have been damaged or destroyed, depriving Syrians of basic rights such as the right to decent housing, the right to health care, and the right to education.

The sanctions, which came into force in June this year, cover all foreign persons who help in the reconstruction of the country after the conflict, including employees of humanitarian organizations. "Caesar's Law", notes Elena Dovgan, is the most extensive package of sanctions ever imposed against Syria.

“I am concerned that the sanctions established under the“ Caesar's Law ”could aggravate the already dire humanitarian situation in Syria, especially now, amid the COVID-19 pandemic,” Dovgan said.

The Special Rapporteur recalled: when the US authorities first announced the new sanctions, they said they did not want to harm the Syrian civilian population. However, Dovgan stressed, the sanctions will inevitably harm him, since they will prevent the restoration of basic civil infrastructure.

“Restricting access to materials needed to repair infrastructure damaged by the conflict will negatively affect the rights of Syrians,” the expert says.

She added that the unhindered import of the necessary humanitarian aid and construction materials will allow starting to rebuild the infrastructure, which means that many IDPs will be able to return home.

Recommended:
The European Union extended sanctions against Russia for six months
Metinvest allocated $ 67.4 million to modernize Ingulets GOK
Over the year, the Ukrainian market of new passenger cars decreased by only three percent
On this topic
How the reform of the electricity market in Ukraine can lead to a collapse and what to do about it
Stopped nuclear power plants and mines. What's going on in the energy sector of Ukraine?
UN expert: the weakening of measures to protect the environment during a pandemic with serious
WHO Representative in Ukraine sent an open letter to the authorities and citizens of the country
UN: climate Change is the most serious threat since the Second world war
Eurozone Growth Rising: Respite or Tipping Point?
Add a comment
Сomments (0)
News Analytics
January lockdown cuts orders to Ukrainian machine builders, critical for light16-01-2021, 08:11
US imposes new sanctions on Iran in the last days of Trump's presidency16-01-2021, 08:18
Germany gave permission for the completion of Nord Stream 2 in January - May15-01-2021, 11:10
Zaporizhstal exported about 900 thousand tons of rolled metal along the Dnieper15-01-2021, 11:39
Russian automotive market shrank 9.1% in 202015-01-2021, 09:44
China will overtake the United States to become the world's largest economy in27-12-2020, 12:04
The shortage in the US steel market will last at least until the end of the25-12-2020, 11:36
Steel production in China to surpass one billion tons this year23-12-2020, 10:59
Iron ore prices hit seven-year high and continue to rise15-12-2020, 10:26
Prices for metallurgical raw materials continue to rise in regional markets10-12-2020, 11:32
Sign in with: