The UN urged citizens to switch to bicycles, scooters or use modern public transport

The existing transport systems of European cities are in need of transformation. Many mayors have already begun to improve their environmental friendliness and efficiency, they are encouraging citizens to stop driving by private cars and move around the city by public transport, scooters, bicycles or walking. In Italy, the authorities even give citizens 500 euros to buy bicycles or scooters. 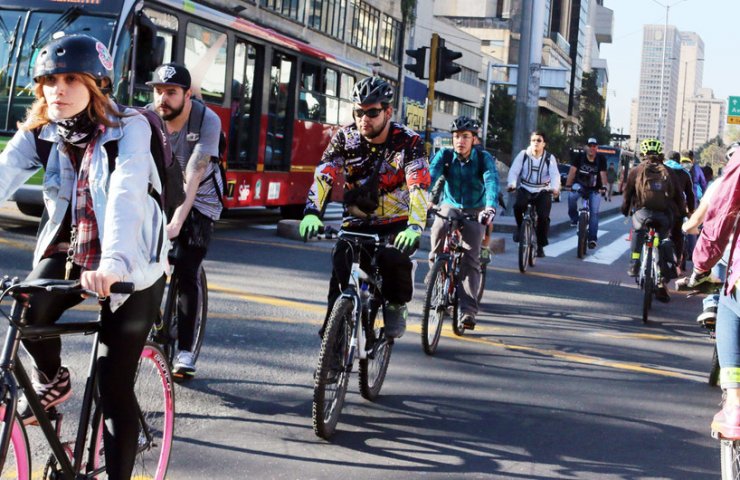 Under the auspices of the United Nations Economic Commission for Europe, the Transport Task Force, which includes more than 50 experts from the Member States of the Commission, international organizations, scientific centers and public transport operators, operates. This group has made recommendations on how the transportation system in cities can be improved.

The guidelines state, among other things, that urban mobility systems should be designed to encourage walking, cycling and other non-motorized transport. This approach will help solve the problem of congestion, which costs hundreds of billions of dollars annually. And, of course, this will lead to the decarbonization of the transport sector. Today, the UN Secretary General, in his speech to city mayors who discussed climate change, recalled that transport accounts for 14 percent of all CO2 emissions.

The guidelines provide examples of countries and cities that are already implementing environmentally friendly transport solutions. Among them is the strategy proposed by the mayor of London. It foresees that by 2041, 80 percent of all travel in the city will be on foot, by bike or by public transport. That said, 70 percent of Londoners are expected to live within 400 meters of the city's bike network.

According to experts from the UN Economic Commission for Europe, electrification is a key element in improving the environmental friendliness of urban transport. In particular, the abandonment of buses with diesel engines will lead to a sharp decrease in emissions of harmful greenhouse gases in cities.

According to the International Public Transport Association, before the pandemic in Europe, 60 billion passenger trips were made annually on public transport. This brought in 130 to 150 billion euros a year to the economy of the European Union alone. A recent UN study found that doubling investment in public transport in the region will create nearly 5 million new jobs globally by 2030, including 2.5 million in UNECE member countries.

In order to restore people's confidence in public transport after the COVID-19 crisis, France, for example, is allocating € 1.2 billion as part of a recovery plan to support and improve transportation by metro, trams and buses. These funds will be used to establish environmentally friendly transportation on modern electric transport in the most densely populated urban areas. This initiative will create tens of thousands of new jobs.

The UN offers city governors and citizens to more actively advertise and use not only electric cars, but also electric bicycles and electric scooters. An example is the decision of the Italian government to introduce the so-called “mobility bonus” during the COVID-19 crisis by providing citizens living in major urban areas with a one-time voucher of up to € 500 to buy a bicycle, e-bike or scooter.

Thanks to this initiative, by September 2020, more than 2.5 percent of the population of large cities have already acquired electric scooters. Many townspeople switched to bicycles. In May 2020, sales of bicycles in Italy increased by 60 percent compared to May of the previous year. The experts of the Transport Group, in their recommendations, among other things, urged the city governors to tackle the issue of regulating the speed of movement on some new vehicles, including the bicycle and scooter, in order to ensure the safety on the roads used and regular transport.

Recommended:
New lockdown plummets the German economy
The first hydrogen bus may appear in Moscow in one or two years
VostGOK and Energoatom reach an agreement to extend the operation of uranium mines
On this topic
Prospects for ship repair in Ukraine
How Tesla became the world's most valuable automaker
September 7 is the International Day of Clean Air - the UN has prepared a report
Yuzhmash told whether it is possible to launch reusable rockets from the Black Sea
In climate change the fault of the rich - a new study by British scientists
Long road to green steel
Add a comment
Сomments (0)
News Analytics
Объемы заготовки металлолома в Украине увеличились на 30,3%06-05-2021, 19:19
Gold rises above $ 1,800 an ounce for the first time since February06-05-2021, 18:41
The European Union approved the use of mealworms06-05-2021, 14:40
The mining and metallurgical complex of Ukraine requires more than $ 10 billion06-05-2021, 13:57
Rinat Akhmetov's fortune during the pandemic grew 2.7 times from 2.8 to 7.606-05-2021, 10:21
The current state of the market is ideal for the sale of rolled steel - IREPAS04-05-2021, 18:41
Global hydrogen demand to grow 7-fold by 2070 - PwC21-04-2021, 12:31
World Steel Association predicts a good year for metallurgists15-04-2021, 18:19
World Steel Association defines green steel and its variations12-04-2021, 13:14
China unlikely to cut steel capacity in 2021 due to high steel prices07-04-2021, 12:11
Sign in with: