160 companies with a combined capital of $ 70 trillion have launched a massive climate finance campaign. 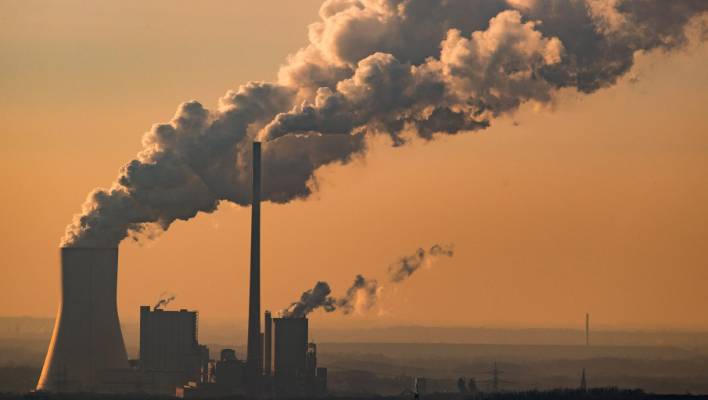 Yesterday, the UN launched a large-scale campaign to finance measures to combat climate change, bringing together 160 enterprises from around the world with a total capital of $ 70 trillion.

The association was named the Glasgow Financial Alliance after the British city where the next climate conference will take place. The goal of the alliance will be to join forces to fund measures that will achieve carbon neutrality by 2050.

“This is a breakthrough in climate finance,” said Mark Carney, UN Special Envoy for Climate Change and former Governor of the Bank of England. "The Alliance will act as a strategic forum for financial systems to work together to broaden, deepen and accelerate the transition to a zero emissions economy."

Zero emissions or carbon neutrality is understood as a situation when the entire volume of carbon dioxide emissions does not exceed its volumes absorbed by forests and oceans, that is, harmful emissions do not pollute the atmosphere.

Another association, the Alliance of Banks, which pledges to achieve a transition to an environmentally friendly economy, includes 43 financial institutions from 23 countries of the world. The total capital of member banks of this Alliance is estimated at $ 28.5 trillion.

Overall, 509 cities, 23 regions of the planet, 2,162 private companies, 127 large investors and 571 higher education institutions are already participating in efforts to achieve "zero emissions". Together, the members of this Alliance, called Race to Zero, generate a quarter of all atmospheric emissions and account for half of global GDP.

The main goal of these associations on the eve of the climate conference in Glasgow is to give additional impetus to programs to decarbonize the economy, as well as to convince the governments of the world to expand their national contributions to the implementation of the Paris Climate Agreement.

Recommended:
Revised draft law on support of the extractive industry of Ukraine sent to parliament
China's foreign trade turnover grew by 29.2% in the first quarter of 2021
Energomashspetsstal shareholders decided to reduce production of steel and forgings in 2021
On this topic
2 million people have died and we are in the worst economic crisis in 100 years - UN Secretary
UN Secretary General urged to declare a state of emergency in the field of climate and proposed six
WHO Special Envoy for COVID-19 Says Third Wave of Pandemic Threatens Europe
UN chief called for full decarbonization of the world economy
UN Secretary General welcomes South Korea and Japan's decision to reduce greenhouse gas emissions
Yuzhmash told whether it is possible to launch reusable rockets from the Black Sea
Add a comment
Сomments (0)
News Analytics
Dneprotyazhmash manufactures technological equipment for DMK07-05-2021, 10:07
The National Bank of Ukraine will sell 46 tons of scrap metal from obsolete07-05-2021, 10:10
Dnieper Metallurgical Plant DCH Steel in April reduced steel production by 2.8%07-05-2021, 09:18
Revised draft law on support of the extractive industry of Ukraine sent to07-05-2021, 09:41
Global auto industry to lose more than 2 million cars due to chip shortage -06-05-2021, 21:26
The current state of the market is ideal for the sale of rolled steel - IREPAS04-05-2021, 18:41
Global hydrogen demand to grow 7-fold by 2070 - PwC21-04-2021, 12:31
World Steel Association predicts a good year for metallurgists15-04-2021, 18:19
World Steel Association defines green steel and its variations12-04-2021, 13:14
China unlikely to cut steel capacity in 2021 due to high steel prices07-04-2021, 12:11
Sign in with: