The slump in car sales was reflected in the country's steel production, which fell to its 2018 low in October. 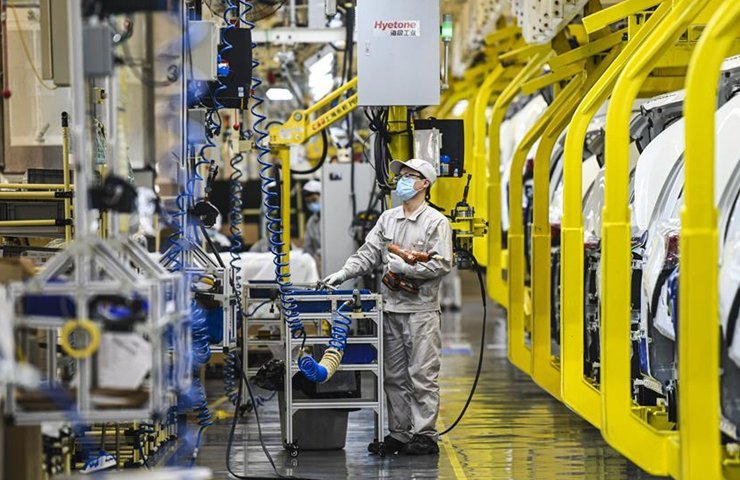 Auto sales in China fell 9.4% year-on-year this October to 2.33 million units, according to data released by the China Automotive Industry Association (CAAM) on Wednesday.

According to the above-mentioned association, the decline decreased by 10.2 p.p. compared to September. And in monthly terms, car sales in the country increased by 12.8% in October.

Falling demand for cars has already affected steel production, which in October decreased by 4.9% compared to September and by 21.4% compared to October last year to 2.338 million tons per day. This is the lowest rate since March 2018.

The demand for steel in the PRC is also negatively affected by the seasonal decline in construction work and high energy prices.

The energy crisis in China is forcing many factories to suspend work or switch to a two-day work week, reducing production volumes. The impact of power shortages can be seen in northern PRC, where factories producing raw materials such as steel face difficulties that will lead to shortages in other factories that need these materials to make finished goods. Factory prices in China rose the most in October. at a fast pace in 26 years. China's official PPI rose 13.5% from October 2020, according to data released by the National Bureau of Statistics on Wednesday, the largest monthly jump since 1995.

Финансовая аналитика, прогнозы цен на сталь, железную руду, уголь и другие сырьевые товары. More news and analytics on Metallurgprom telegram channel - subscribe to get up-to-date market information and price forecasts faster than others.
Сomments
Add a comment
Сomments (0)
On this topic
China expands car market capacity by increasing demand for steel and metals
Shanghai enters into force new rules to promote the use of cars on new energy sources
China's New Energy Vehicle Sales to Grow 54% in 2021
Car sales in China fell in January by 18%
China's New Energy Vehicle Sales Hit Record High in January-July 2021
The fall in steel prices has reduced the foreign currency proceeds to the budget of Ukraine
Recommended:
Metinvest reduced the use of its capacities by more than 40% due to the war in Ukraine
Salzgitter and LKAB have formed a partnership to decarbonize the steel industry
Zaporizhstal continues to operate at 50% of its capacity
News Analytics
Tesla in the second quarter reduced the supply of cars by 18%04-07-2022, 10:24
Steel prices fall due to weakening European demand and problems in China04-07-2022, 10:40
The United States refused to impose duties on Russian metals and increase02-07-2022, 09:05
Daimler Truck began testing Actros tractor on liquid hydrogen02-07-2022, 08:54
Volvo invests $1.25 billion to build electric vehicle plant in Slovakia01-07-2022, 18:17
High iron ore shortage could halt metallurgy's green transition28-06-2022, 14:02
Price volatility hits global steel market27-06-2022, 19:28
Recovery in China could be key to rising global steel prices - MEPS24-06-2022, 14:00
Conflict in Ukraine spurs Europe's drive for clean energy03-06-2022, 12:14
US steel market sentiment becomes more price neutral05-05-2022, 10:15
Sign in with: