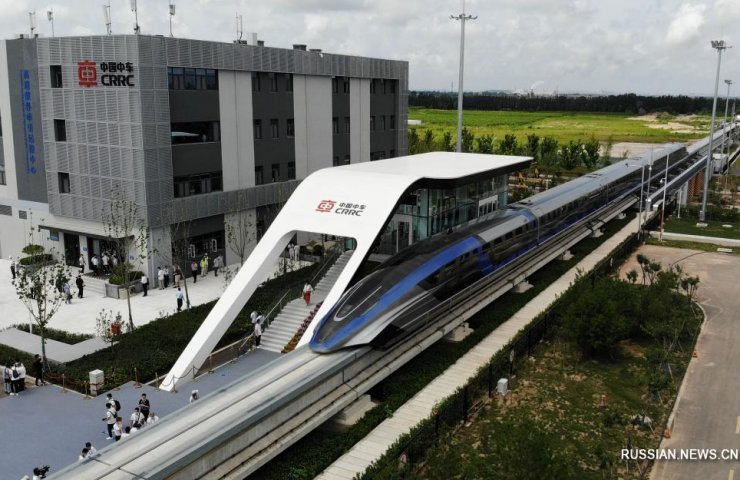 The train, completely independently developed by China, is the country's latest scientific and technological achievement in the field of rail transport, according to the China Railway Rolling Stock Corporation.

“The train uses electromagnets to hang over the rails, and since there is no friction from contact with the railway lines, the train can move quietly and smoothly,” said Liang Jianying, deputy general manager and chief engineer of CRRC Qingdao Sifang.