This interplanetary station was completely designed and assembled by specialists from the United Arab Emirates (UAE). 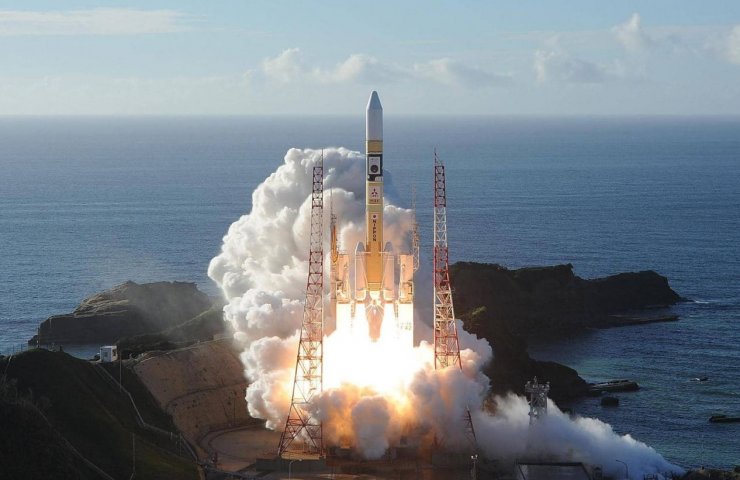 The Arab interplanetary station Al-Amal (Hope) entered Mars orbit, becoming the first Arab mission to reach the Red Planet after a 7-month journey of 494 million kilometers. About this reported on Tuesday by Sky News Arabia.

The Al-Amal probe was launched into space in July last year aboard the Japanese H-IIA launch vehicle, launched from the cosmodrome on the Japanese island of Tanegashima. This interplanetary station was completely designed and assembled by specialists from the United Arab Emirates (UAE).

The probe is slated to remain in its orbit around Mars for two years, or a "Martian year," during which it will study everything related to the weather and atmosphere of the "Red Planet" with three advanced scientific instruments. which include an infrared spectroscope, a UV spectrophotometer and a digital research camera.

The UAE became the fifth country after the USA, Russia, the EU and India to reach the fourth planet of the solar system. After the arrival, Al-Amal will study the atmosphere of Mars, the online portal Phys.org reported on Monday. The probe will be placed in a special elliptical orbit that will allow it to track how the planet's climate changes as the seasons change and during major dust storms.

Recommended:
Anti-union repression intensifies in Belarus - Trade union of metallurgists and miners of Ukraine
Three employees of the ArcelorMittal plant in South Africa covered up with a collapsed 90-meter chimney
ArcelorMittal Kryvyi Rih has updated its fleet of special equipment
On this topic
Chinese Mars probe "Tianwen 1" completes fourth orbital correction
Chinese Mars probe covered over 400 million kilometers
Russia launches environmentally friendly space rocket "Angara-5"
Iran prepares to launch its telecommunications satellite into 7,000 km orbit
Virgin Galactic reveals the interiors of the new space plane
Steel laboratory is being built in Japan to train lunar robots
Add a comment
Сomments (0)
News Analytics
Where and how much gold is there in Ukraine?25-02-2021, 21:28
A plot with copper deposits in the Volyn region of Ukraine has risen in price25-02-2021, 18:26
ArcelorMittal is preparing to announce another price increase in the next few25-02-2021, 18:43
Indonesian gold mine collapse kills 3 people, 5 missing25-02-2021, 18:41
MMK them. Ilyich purchased electricity from Energoatom for 26 million hryvnia25-02-2021, 13:12
Troy ounce of gold will drop $ 500 in two years - Fitch25-02-2021, 18:29
Global iron ore production growth to outstrip cumulative production in India23-02-2021, 10:22
Fitch Ratings Warns of “Shocking Impact” on Fossil Fuel Exporters18-02-2021, 14:44
Raw material prices rise by about 10.5% in January 2021 - Deutsche Industriebank12-02-2021, 10:48
JP Morgan Analysts Announce New Super Growth Cycle in Commodities11-02-2021, 17:56
Sign in with: