China to build about a thousand new hydrogen filling stations

According to the government plans of the PRC, by 2025, about 50 thousand hydrogen cars should be registered in the country, and by 2030 - 1 million. 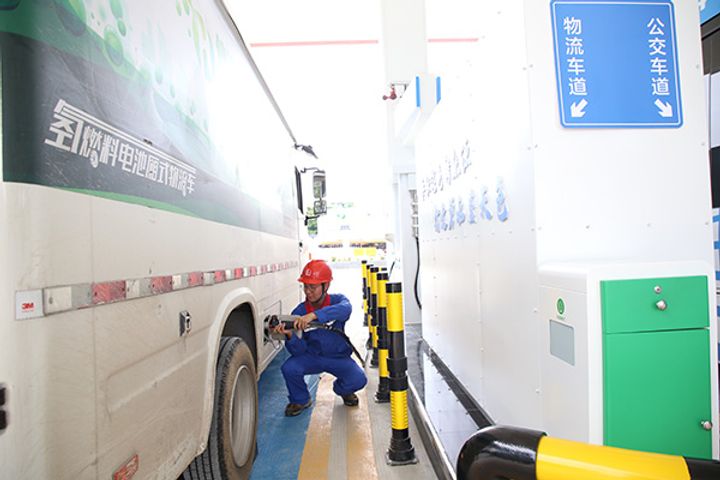 By the end of 2020, Sinopec Marketing Co. Ltd., a subsidiary of Sinopec, has completed a total of 27 pilot projects to build hydrogen filling stations in regions of the country such as Guangdong and Zhejiang provinces, Shanghai and Guangxi Zhuang Autonomous Region, Zhongguo Zhengquan Bao reported on Saturday. (China Securities Journal).

China at the end of 2020 announced that it plans to redirect production capacity to carbon-free production and invest about $ 5 trillion in carbon-free technologies.

Hydrogen filling station is a facility intended for refueling a vehicle that runs on hydrogen fuel. It can be part of a gas station offering fossil fuels, or as a stand-alone facility.

A hydrogen fuel cell is an environmentally friendly source of energy with an almost inexhaustible resource. It generates electricity through an electrochemical reaction, the only by-products of which are water vapor and heat. Unlike internal combustion engines, hydrogen systems have no moving parts and are therefore very efficient.

Recommended:
The first quarter of 2021 did not bring expected production growth to Ukrainian metallurgists
Japanese companies to complete development of hydrogen engines for ocean-going ships by 2025
The growth of foreign exchange earnings from steel exports from Ukraine in four months amounted to 38.6%
On this topic
Full-scale construction of the southern section of the eastern route of the China-Russia gas
Korean auto makers will switch to hydrogen engines with help from Chinese steelmakers
Nippon Steel and JFE Steel plans to produce fuel gases from metallurgical
For the first time in the history of Toyota bought Chinese steel for their cars
The head of the Ukrainian chamber of Commerce announced that China became a leader of the open
China Gold wants to buy $ 2 billion in new assets
Add a comment
Сomments (0)
News Analytics
China's Non-Ferrous Metals Sector Records High First Quarter Profits08-05-2021, 15:43
Copper price rises to a record high08-05-2021, 10:17
Dneprotyazhmash manufactures technological equipment for DMK07-05-2021, 10:07
The National Bank of Ukraine will sell 46 tons of scrap metal from obsolete07-05-2021, 10:10
Dnieper Metallurgical Plant DCH Steel in April reduced steel production by 2.8%07-05-2021, 09:18
The current state of the market is ideal for the sale of rolled steel - IREPAS04-05-2021, 18:41
Global hydrogen demand to grow 7-fold by 2070 - PwC21-04-2021, 12:31
World Steel Association predicts a good year for metallurgists15-04-2021, 18:19
World Steel Association defines green steel and its variations12-04-2021, 13:14
China unlikely to cut steel capacity in 2021 due to high steel prices07-04-2021, 12:11
Sign in with: