According to the representatives of the China Iron and Steel Association, small iron and steel works, which are in private hands, spoil the air and water in China, increasing the price of ore. 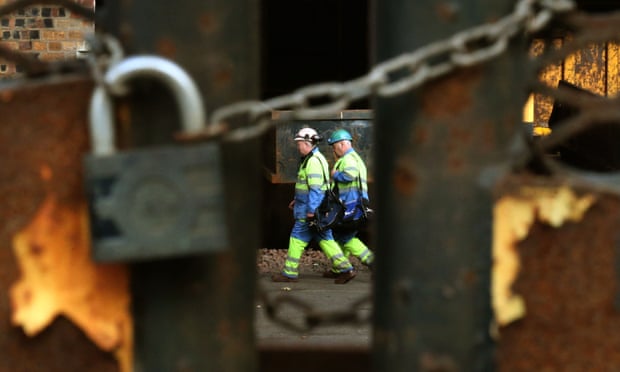 The China Iron and Steel Association (CISA), which represents state-owned and large private producers, blames its smaller competitors as responsible for the significant record growth in production in the first half of this year, which also pushed iron ore prices to record highs recently. .

China's bloated steel sector is a key battleground for fighting pollution in the country, and air quality in major steel-producing cities like Tangshan and Handan is generally among the most toxic.

Stronger environmental laws and the 2016 campaign to close outdated facilities were designed to both reduce smog and increase the proportion of law-abiding but unprofitable state-owned firms crowding out smaller, defiant competitors.

“We must not allow enterprises with low environmental protection ... to compete with enterprises that have invested heavily,” said Liu Bingjiang, a senior official at the PRC Ministry of Environment, at an industry conference this month.

This reduces pollution abatement costs by nearly 8 percent of the total cost of a large company, compared with less than 1 percent for a small non-compliant competitor, Reuters estimates.

According to the CISA, the divergence helped small steel mills increase production by almost a quarter in the first five months of this year, versus a 6.2 percent increase for members.

This compares to 2017, when member companies increased production by 6.9 percent, but the suppression of substandard production limited growth in small businesses to just 1.1 percent.

"This is a violation of the oversight responsibilities and should be resisted vigorously," Liu said.

Large steel mills are also forced to upgrade their facilities and transportation systems to meet the new "ultra-low" emission standards.

“Emissions data are getting harder to work with, but there are still a few tricks to tweak inspections. You have to understand that the ultimate goal for bosses in private companies is to make a profit, ”said the official, who declined to name because of the sensitivity of the issue.

The Environment Department often blames businesses for misplaced sensors, shutting down equipment, or ramping up production at night to avoid surveillance.

“The biggest challenge right now is the implementation of current emission standards,” said Wang Kaiyu, deputy director of the Department of Laws, Regulations and Standards at the Ministry of Environmental Protection, on Friday. “In the next phase, we will strengthen oversight of implementation.”

We wanted the best, but it turned out as always

The government is pushing for the consolidation of state ownership of steelmaking plants to control production and prevent a rapid rise in prices for imported iron ore, but small players are taking advantage of this and increasing the market share controlled by private capital.

According to the World Steel Association and the PRC National Bureau of Statistics, the combined crude steel production of the 10 largest producers in China in 2018 was 329.23 million tonnes, less than 36 percent of the country's total production. For comparison, in 2017, when Beijing put forward the goal of merging state-owned companies in the steel market, the share of large business exceeded 37 percent.

"The market can decide how much steel is produced in a country, but it cannot completely decide who makes the steel," said CISA chairman He Wenbo at an industry conference. “We must encourage those with high emission standards to produce more by limiting air and water pollutants,” he said.

Recommended:
ArcelorMittal Kryvyi Rih for the first time dispatched a record batch of metal products from Nikolaev by sea
Dnipro Metallurgical Combine to be auctioned off on June 26 via internet auction
Ukraine faces a shortage of high-quality investment "green" projects
On this topic
China toughens measures against environmental pollutants
China plans to tighten emissions controls at steel mills
Steel production at record levels. What's next?
South Korean metallurgists complain of growing environmental burden
China Iron and Steel Institute warns of difficult times for metallurgists
Steel mills in northern China cut production
Partner news
Сomments
Add a comment
Сomments (0)
News Analytics
Ukroboronprom confirmed the intentions of Antonov State Enterprise to start25-07-2021, 11:15
Gazprom reacted to the refusal of Naftogaz of Ukraine to buy Russian gas with25-07-2021, 11:00
Iron ore has become a strategically important raw material for defense -24-07-2021, 11:06
Vietnam overtook Ukraine in the world ranking of steel-producing states24-07-2021, 11:38
Port "Yuzhny" has set a record for the speed of loading pig iron on a ship24-07-2021, 10:10
On the regional markets of metallurgical products, prices are balancing in a22-07-2021, 16:22
Demand for armaments will ensure a stable growth of armored steel sales by 4%20-07-2021, 10:10
Protectionist Measures Support European Steel Prices Despite Summer Lull19-07-2021, 11:02
Positive price growth is observed in the markets for metallurgical products16-07-2021, 14:12
European steel market is in confusion: price growth has slowed down, but no one21-06-2021, 17:40