Gold rises above $ 1,800 an ounce for the first time since February 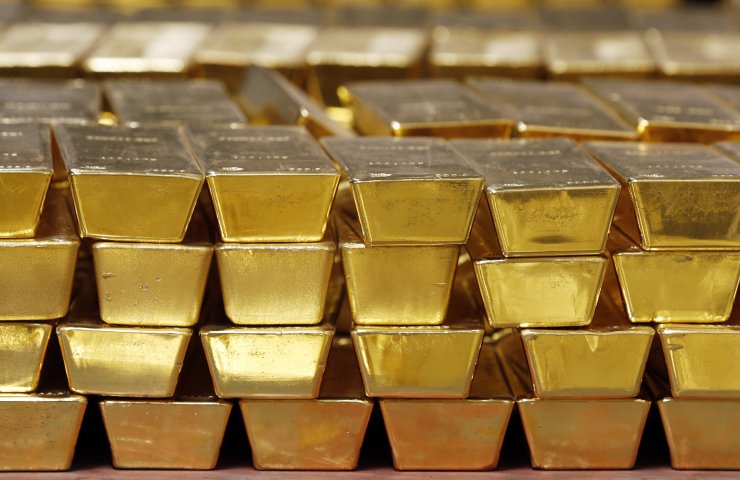 Gold rises in price on Thursday amid falling yields on US Treasuries, as well as the weakening of the US dollar. At 17:50 Moscow time, June gold futures were trading at $ 1,813 per ounce, which is $ 28.7 (1.61%) above the level at the close of the previous session.

"The rise above $ 1800 per ounce is quite important for gold," Ross Norman, CEO of Metals Daily told MarketWatch. "Over the past three weeks, the precious metal price has tried five times unsuccessfully to break this mark, and therefore breaking this level resistance is especially important ".

The rise in the value of silver above $ 27 per ounce is also a stimulus for the growth of the price of gold, says the expert.

Zaner analysts noted in their review that traders bullish in gold and silver were supported by statements from representatives of the Federal Reserve System (FRS), who tried to reassure investors that interest rates in the United States will remain low for a long time.

The announcements eased some of the concerns raised by traders earlier this week after US Treasury Secretary Janet Yellen said the Fed may have to raise interest rates to avoid overheating the US economy. Yellen's words, published by The Atlantic on Tuesday, led to a decline in the value of gold, but a little later, when she explained her position more clearly, the price of the precious metal went up again. Yellen noted, in particular, that she does not intend to either make forecasts regarding the Fed's policy, or give recommendations to the Fed.

Финансовая аналитика, прогнозы цен на сталь, железную руду, уголь и другие сырьевые товары. More news and analytics on Metallurgprom telegram channel - subscribe to get up-to-date market information and price forecasts faster than others.
Сomments
Add a comment
Сomments (0)
On this topic
In August, Ukraine increased its foreign exchange earnings from the export of scrap metal 40 times
Gold and platinum remain stable in trading
Dmitry Firtash regained the right to purchase a 51% stake in the Zaporozhye Titanium and Magnesium
The steel industry, the United States recognized itself the most energy efficient in the world
The silver market is facing record supply and demand in 2021 - Silver Institute
Stock prices for gold are preparing to overcome the mark of $ 1900 per ounce
Recommended:
Volvo invests $1.25 billion to build electric vehicle plant in Slovakia
The United States imposed sanctions against the chairman of Severstal Alexei Mordashov
Indonesia re-delays carbon tax due to global risks
News Analytics
The Belarusian steel plant was visited by the Ambassador of Kazakhstan to06-07-2022, 17:44
US steel prices fall to December 2020 levels06-07-2022, 13:40
Interpipe mastered a new type of railway wheels for the EU market06-07-2022, 12:15
Tesla in the second quarter reduced the supply of cars by 18%04-07-2022, 10:24
Steel prices fall due to weakening European demand and problems in China04-07-2022, 10:40
High iron ore shortage could halt metallurgy's green transition28-06-2022, 14:02
Price volatility hits global steel market27-06-2022, 19:28
Recovery in China could be key to rising global steel prices - MEPS24-06-2022, 14:00
Conflict in Ukraine spurs Europe's drive for clean energy03-06-2022, 12:14
US steel market sentiment becomes more price neutral05-05-2022, 10:15
Sign in with: