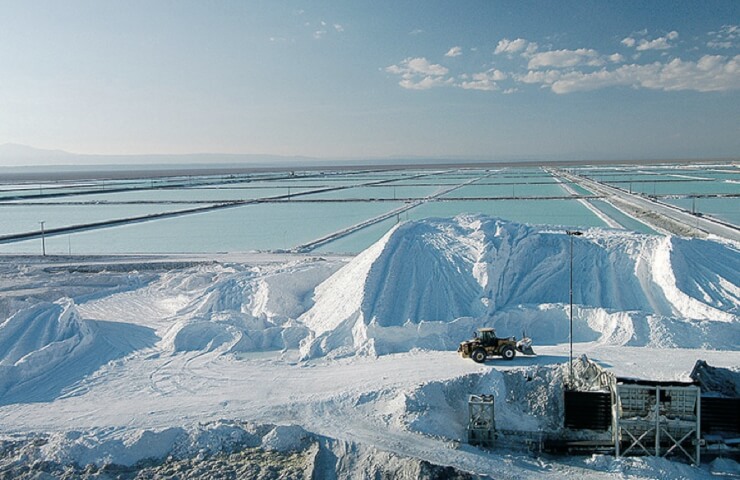 After Elon Musk complained that lithium, the ubiquitous raw material needed for electric vehicle batteries, was trading at insane levels, and Chinese authorities forced key industry players into action in March, prices began to cool for a short time. Now they are rising again to increase the pressure on automakers.

The cost of lithium carbonate in China jumped to a new record of 500,500 yuan ($71,315) per tonne on Friday, according to Asian Metal Inc. data. Battery material has roughly tripled in the last year and is more than 1150% higher than during the pandemic. in July 2020. Lithium hydroxide prices are also rising and approaching the record high set in April.

This threatens to increase pressure on battery and car manufacturers, which is already hurting profits and prompting some suppliers to raise their own rates.

Earlier this month, the battery division of China's largest lithium supplier Ganfeng Lithium Co., which supplies small power packs used in wearables and headphones for companies such as Xiaomi Corp., said it was reviewing its prices due to a significant increase in the cost of cells. Chief financial officer of Shanghai-based electric vehicle manufacturer Nio Inc. Steven Feng recently told investors that higher battery costs pushed car margins down in the second quarter and that pricing uncertainty looks set to continue.

In the coming months, the sector is cautious about issues such as energy supply in China, which continues to be the epicenter for the production of lithium-ion cells and battery materials during the winter heating season. Power outages in August in Sichuan province, home to more than one-fifth of China's lithium smelter capacity, lowered output and increased market tensions.

Supply continues to lag growing demand forecasts for cars. The China Passenger Car Association predicts that electric vehicle sales in the world's largest market will reach a record 6 million this year, double that of 2021. future developments.

Финансовая аналитика, прогнозы цен на сталь, железную руду, уголь и другие сырьевые товары. More news and analytics on Metallurgprom telegram channel - subscribe to get up-to-date market information and price forecasts faster than others.
Сomments
Add a comment
Сomments (0)
On this topic
China's lithium-ion battery production grows over 60% in half a year
Tesla decided to mine lithium in Nevada
Demand for electric vehicles in Ukraine shows "crazy" growth - Ukrautoprom
Tesla reported an increase in the supply of electric vehicles by 23% in the fourth quarter
At the plant "Energomashspetsstal" was accepted shell of the reactor vessel for Tianwan
Pre-order the new Tesla pickup Cybertruck made about 146 000 customers – Elon Musk
Recommended:
The pipe metallurgical plant in Nikopol continued to work after a short stop
Australia and the UK aim to catch up and overtake China in the battery metal sector
EU new car market continues to recover in double digits
News Analytics
Metinvest enterprises in Ukraine resumed work after massive shelling of29-11-2022, 11:59
The European Council added the violation of restrictive measures (sanctions) to28-11-2022, 14:22
The abolition of export duty in India may reduce the price of Turkish steel28-11-2022, 14:07
Australia and the UK aim to catch up and overtake China in the battery metal26-11-2022, 22:37
The United States imposed a ban on the import and sale of equipment from26-11-2022, 22:31
Commodity prices will fall, metals quotes will rise slightly - Focus Economics28-11-2022, 13:28
Platinum market to face shortage next year - WPIC22-11-2022, 18:25
Global steel demand falls and will fall by 2.3% in 2022: WorldSteel19-10-2022, 23:12
Iron ore prices fall to 11-month low15-10-2022, 10:36
China production cuts in winter will give limited boost to steel markets -15-09-2022, 10:09
Sign in with: