Germany faces the fastest rise in prices since 1974

Inflation in Germany is fueled by the prices of so-called pre-materials, which include steel, metals and scrap metal. In addition, logistical restrictions on the supply of plastics, oil products and wood contribute to the warming up of the German economy. 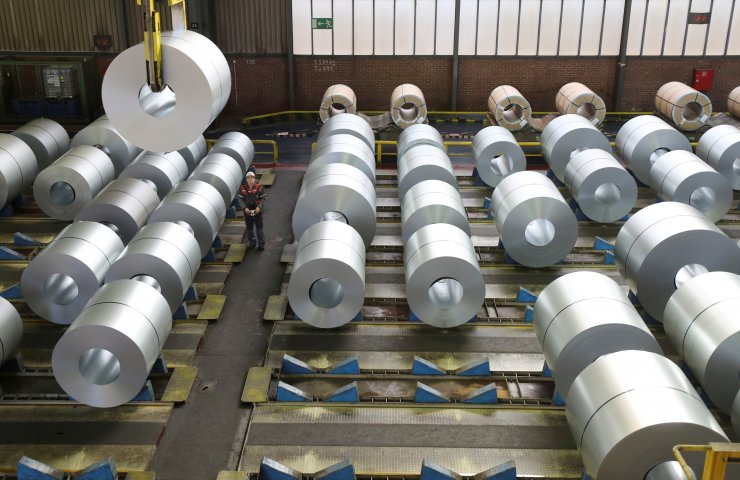 In September, wholesale prices in Germany rose more sharply than over the past 47 years. They were 13.2% higher than a year earlier, the Federal Statistical Office of Germany reported on Tuesday. Stronger growth was last seen in June 1974, when prices rose 13.3% after the first oil crisis.

In August, the inflation rate in Germany was 12.3%, and in July - 11.3%. Development is an indicator of future inflation trends, since wholesale trade is a pivot between producers and end consumers. The inflation rate of 4.1% is currently higher than it has been since 1993 and, according to experts, should continue to move towards five percent by the end of the year.

"The high growth in wholesale prices compared to September 2020 is associated, on the one hand, with the current sharp rise in prices for many types of raw materials and intermediate products," explained German statisticians. “On the other hand, there is a base effect due to the very low price level in previous months due to the coronavirus crisis.”

Prices for critical raw materials and intermediate products like scrap metal will continue to rise in Germany in 2022. At least many German industrial companies are preparing for this. A survey by consulting firm Inverto of about 100 managers and purchasing managers found that three quarters of those surveyed expect a moderate or strong increase in wholesale prices over the next 18 months.

According to the study, companies consider the supply of plastics to be particularly important, followed by aluminum, as well as steel and other ferrous metals. Cellulose and copper were also included in the list of important materials for the surveyed companies.

“At some point, the supply of pre-production will be compromised,” says Lars-Peter Hefele, Managing Director of Inverto. “For the most part, however, companies have to deal with horrendous additional costs.”

Recommended:
Australia allocates $ 1.5 billion for the development of mining
Volkswagen to build new battery plant in China
The Okean Shipyard continues the process of equipment modernization
On this topic
US Undersecretary of State Victoria Nuland reveals details of Nord Stream 2 deal with Germany
US urges Ukraine not to criticize Nord Stream 2 deal - Politico
Merkel gave her word that Nord Stream 2 will not affect the transit of Russian gas through Ukraine
Business activity of Russian manufacturers showed the maximum drop in five months
The European vehicle manufacturers Association expects a record decline in sales in 2020
In December 2019, the European auto industry showed record sales growth
Partner news
Сomments
Add a comment
Сomments (0)
News Analytics
Частная космонавтика сделает Илона Маска триллионером - аналитик Morgan Stanley20-10-2021, 16:42
How the US became the world's largest Bitcoin mining hub20-10-2021, 13:26
New gold rush begins in South Africa due to coronavirus pandemic19-10-2021, 20:55
Siemens specialists conducted an audit of Interpipe as a qualified supplier19-10-2021, 18:32
MMK has been tested according to the Renault-Nissan-Mitsubishi alliance standard19-10-2021, 14:49
In Europe, the stainless steel market unexpectedly "sank" - MEPS30-09-2021, 12:08
Oil prices to surpass $ 90 by year end due to shortages - Goldman Sachs27-09-2021, 10:58
Moody's changes its outlook for the mining and metals industry from "positive"14-09-2021, 18:39
European steel prices decline from summer highs and remain stable high04-09-2021, 10:38
Rise in European steel prices to dizzying levels finally fizzled out - Bloomberg27-08-2021, 13:18
Sign in with: