In the first quarter of this year, the Eurozone market showed much more positive dynamics than experts predicted - the average GDP growth across the region was + 0.4% qoq. 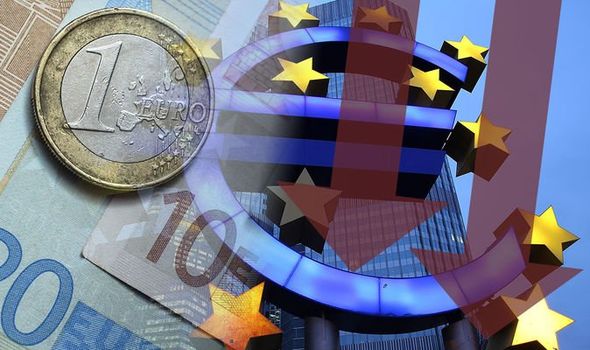 The German economy, after two quarters of no growth, perceptibly revived (+ 0.4%), the Dutch GDP added 0.5%, and even Italy, despite the turbulent political and economic situation, returned to the zone of positive values ​​(+0.2 %) after half a year of recession. The French market also showed fairly positive quarterly dynamics (+ 0.3% of GDP), despite the fact that some economists warned about the possible negative impact of the “yellow vest” protests on the country's economy.

There is a gap in the clouds hanging over the economy of the Eurozone, although many economists feared that the region could enter a period of protracted economic stagnation or even recession. Such fears are far from groundless - let's take Germany as an example, whose economy is the largest in Europe and acts as a kind of engine of the EU market. The main pillars of the German economy are industrial production and export trade, however, in the current environment, this nature of the economy is not an advantage, as it was in the past, but rather a disadvantage: the dependence of income on exports turns into an increase in risks during periods of macroeconomic instability, and it has recently only gets worse.

First, there is still uncertainty over Brexit. Considering that the UK is the fifth largest buyer of German products, concerns about the possible consequences of the country's exit from the EU are a legitimate concern for German manufacturers and investors.

Trade wars are another constant source of risk for the German market. In particular, the country's carmakers have already been hit by the conflict between the US and China. The problem is not even in the general deterioration of the global business climate and the strengthening of protectionism - some German companies operate directly in the United States, so they unwittingly find themselves hostage to international trade disputes. For example, the American branch of the BMW concern is one of the largest suppliers of cars from the United States to China, therefore it was directly affected by the import tariffs on the products of the American car industry, imposed by Beijing in response to the unfriendly steps of Washington.

There remains a risk that the US will impose import tariffs on European cars and auto parts. For Germany, such measures would be particularly painful: the auto industry accounts for 4% of the country's total jobs and 4.6% of gross value added.

How did the German (and with it, the European) economy manage to increase its growth rates, despite the pressure of a number of negative factors? Coface experts note that the positive dynamics is a consequence of the shift in focus from foreign to domestic markets, which occurred both thanks to consumers and investors. Salaries are gradually increasing, and loan rates are at an all-time low, so the volume of personal consumption is increasing - it is worth noting the high demand for residential real estate. The volume of corporate investments in construction and industrial equipment is growing: apparently, entrepreneurs have decided not to wait for better times, but to adapt to the prevailing conditions. Similar trends are observed in other countries of the Eurozone - for example, in the Netherlands.

It is worth noting, however, that positive quarterly figures still do not guarantee the return of the region's economy to previous growth rates - unclear Brexit prospects and trade wars continue to put downward pressure on the Eurozone market. Sooner or later, the negative effects of declining demand in a wide variety of industries may outweigh the positive impact of brisk personal consumption, and then the rate of economic growth will gradually decline. To summarize, we can say that the first quarter laid a good foundation for further economic growth in the Eurozone this year. Coface experts expect that by the end of the year the GDP of Germany will grow by 0.8%, and that of France - by 1.4%; however, given the extent of current market uncertainty, this forecast may be revised.

Обозреватель рынка стали и цветных металлов. Пишу аналитические обзоры рынка для Металлургпром. More news and analytics on Metallurgprom telegram channel - subscribe to get up-to-date market information and price forecasts faster than others.
Сomments
Add a comment
Сomments (0)
On this topic
5 signs that the global economy is hurtling towards recession
Stopped nuclear power plants and mines. What's going on in the energy sector of Ukraine?
Post-pandemic global economy: UN calls for global consolidation
How can integrated subsoil use objects help the development of raw materials exports in Ukraine?
How the reform of the electricity market in Ukraine can lead to a collapse and what to do about it
An outbreak of coronavirus will have limited and temporary effect on the economy of China
Recommended:
Carriage building plant in Kremenchug stopped production due to debts
Taiwan bans stainless steel exports to Russia and Belarus
World steel production in December 2022 collapsed by 10%
News Analytics
EU Green Deal should encourage investment in mild steel projects: Eurofer02-02-2023, 16:32
Belarusian steel plant to operate at full capacity from February02-02-2023, 16:56
British Steel considers cutting up to 1,200 jobs at Scunthorpe02-02-2023, 11:50
Electric vehicles will play a key role in US aluminum production growth - Norsk01-02-2023, 12:17
The former president of Motor Sich was accused of aiding terrorists01-02-2023, 11:39
European stainless steel producers ready to raise prices31-01-2023, 16:16
S&P: Russia will continue to dominate the steel export market in the Black05-01-2023, 11:22
Fitch Analysts Predict Big Drop in Global Steel Consumption This Year14-12-2022, 13:59
Analysts predict 5% annual growth in the iron casting market through 203006-12-2022, 12:44
Commodity prices will fall, metals quotes will rise slightly - Focus Economics28-11-2022, 13:28
Sign in with: