proposed merger of Thyssenkrupp Kone will cause litigation according to the manufacturer Schindler elevators in violation of antitrust laws, said in an exclusive Reuters. 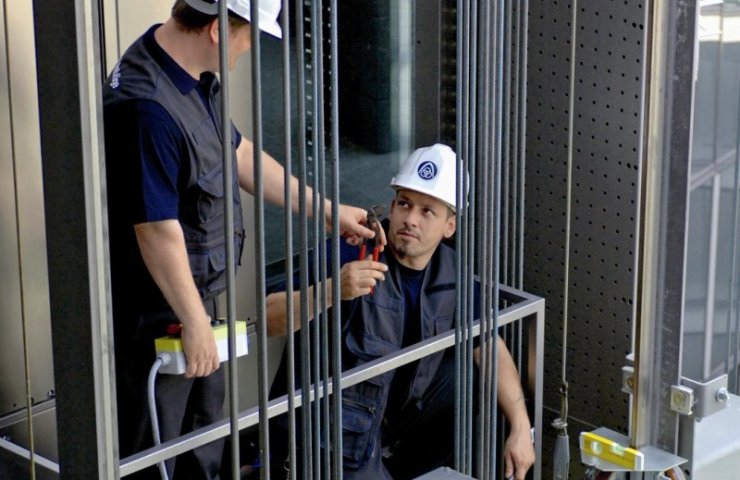 the Swiss manufacturer Schindler elevators will take total antitrust attack in the courts to stop any merger of Elevator division Thyssenkrupp with a Finnish competitor Kone, reports Reuters, citing the words of a member of the Board of Schindler, Alfred Schindler.

the Combination of Kone and Thyssenkrupp Elevator can lead to the creation of the world's largest manufacturer of elevators, which bypass a market leader Otis shareholder is Schindler, who currently ranks second in the world in production of Elevator equipment.

"Probably, we will file lawsuits in Europe, USA, Canada, China, and possibly in Australia. These investigations will take at least three to four years," said Schindler, who currently is the honorary Chairman of the Swiss company.

he said He expects other competitors Thyssenkrupp will file a lawsuit in the case of sale Kone Elevator units: "You can safely assume that neither Otis or Schindler simply will not allow ourselves to be expelled from the market."

As a symbol of the industrial might of Germany, Thyssenkrupp is struggling with debt and pension obligations in the amount of 12.4 billion euros after years of bad investments and very interested in selling their unit of Elevator equipment.

Thyssenkrupp plans to make a decision about what he will do with smart business by the end of February. In addition to the full or partial sale, the company also plans an initial public offering of shares, though sources report that it looks less likely.

Earlier it was reported that because of the differences in the strategy of development of the steel division, the Supervisory Board was replaced by Director of Thyssenkrupp Steel Europe. Zarabativali last days Premal Desai planned over the next five years to spend on upgrading metallurgical equipment additional € 800 million.

This would allow Thyssenkrupp to solve the problem of backlog is the quality of steel in Europe. According to analysts, at present the company can't afford these investments. However, the financial crisis should be resolved as a result of sale of division on manufacture of Elevator equipment. The negotiations are at the final stage.

Informed Thyssenkrupp failed to consolidate the steel assets in Europe and the Indian company Tata Steel. This deal was blocked by the European Commission as violating the antitrust laws of the EU.

Recommended:
All Porsche cars will soon be electric except the Porsche 911 - Oliver Bloom
Anti-union repression intensifies in Belarus - Trade union of metallurgists and miners of Ukraine
Localization of production of electric cars and charging stations started in Ukraine
On this topic
Martin Merz Thyssenkrupp dreams about consolidation in the steel industry of Europe
Thyssenkrupp expects the Chinese to sell their industrial assets
Thyssenkrupp refuses to dividends and are waiting for further fall in profits
German giant Thyssenkrupp resigns from blue-chip status
Germany's largest steelmaker sues European Commission
Is the German auto industry preparing for a collapse?
Add a comment
Сomments (0)
News Analytics
Bosch launches automotive chip plant in Dresden08-03-2021, 13:45
Eurozone investor morale at its highest rise in 12 months08-03-2021, 12:30
Port on the coast of Pilbara in Australia stops shipments of iron ore due to08-03-2021, 11:14
Coronavirus drove Belgian skiers to the slopes of the Charleroi waste heap07-03-2021, 13:52
US Steel focuses on the production of nanosteel for high-strength alloys07-03-2021, 13:46
Spread between raw materials and high strength alloy steel in Europe increased01-03-2021, 20:21
Increase in prices is forecasted in the markets of steel raw materials -26-02-2021, 09:25
Troy ounce of gold will drop $ 500 in two years - Fitch25-02-2021, 18:29
Global iron ore production growth to outstrip cumulative production in India23-02-2021, 10:22
Fitch Ratings Warns of “Shocking Impact” on Fossil Fuel Exporters18-02-2021, 14:44
Sign in with: