All Maserati will be electric cars in five years

Maserati will electrify its entire lineup in the next five years - CEO. 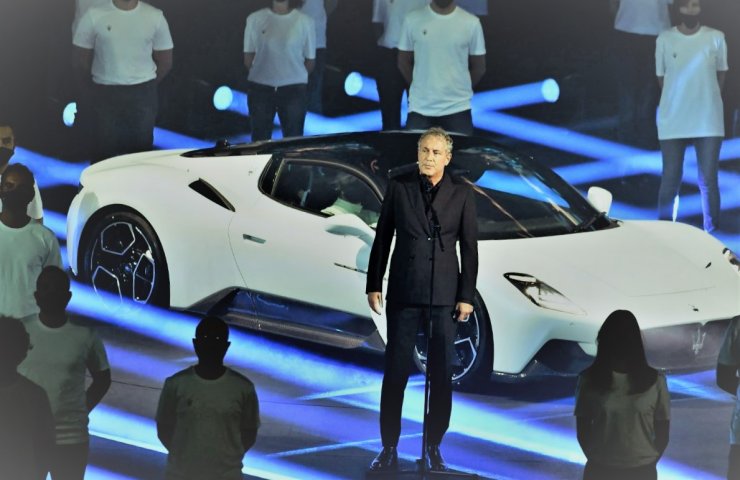 All premium Fiat Chrysler Maserati vehicles will be electrified, hybrid or all-electric, over the next five years, the division's chief executive said Thursday.

The new Maserati Grecale SUV, due to launch next year, will initially be offered with both an internal combustion engine and a hybrid version, David Grasso said during a fashion web event hosted by Italian daily Milano Finanza. p>

“The new Gran Turismo and Gran Cabrio models will also be electrified, and our entire range will be electrified over the next five years,” said Grasso.

An all-electric version of the Grecale SUV is expected at a later stage, Maserati reports.

Recommended:
Zimbabwe bans the use of mercury in the mining industry
ArcelorMittal Kryvyi Rih reduced steel production in 2020 by 12.1%
Hot rolled sheet prices in the US topped $ 1,000 per ton for the first time in history
On this topic
The head of Peugeot, said that the deal to merge Chrysler with Fiat will take place in any case
The European Commission will check the legality of the Alliance Fiat-Chrysler with Peugeot
The head of Airbus has warned that the company is "hemorrhaging at an unprecedented rate"
British manufacturer JCB machinery reduces the production of coronavirus
The Supervisory Board of PSA approved the merger with Fiat Chrysler
France agrees to cut its stake in Renault to support Nissan deal
Add a comment
Сomments (0)
News Analytics
YUZHMASH expects the adoption of the new space program of Ukraine in the near22-01-2021, 15:18
Eleven miners still await rescue from exploded gold mine in China22-01-2021, 12:34
Rivne NPP shut down power unit No. 122-01-2021, 12:13
Russia will start producing "green" hydrogen22-01-2021, 10:47
High-speed railway launched in China Beijing-Harbin highway22-01-2021, 10:22
China will overtake the United States to become the world's largest economy in27-12-2020, 12:04
The shortage in the US steel market will last at least until the end of the25-12-2020, 11:36
Steel production in China to surpass one billion tons this year23-12-2020, 10:59
Iron ore prices hit seven-year high and continue to rise15-12-2020, 10:26
Prices for metallurgical raw materials continue to rise in regional markets10-12-2020, 11:32
Sign in with: