Belgium joined the Netherlands in banning aircraft from the UK and also banned rail links to the islands. 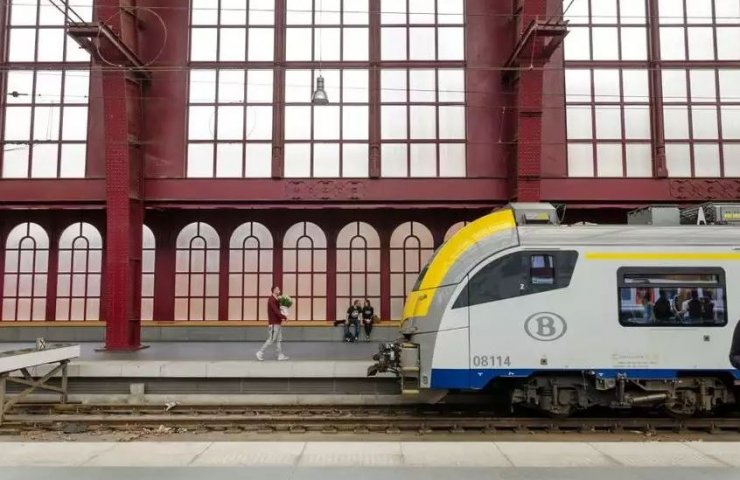 Belgium has joined the Netherlands in banning air travel from the UK and has also banned rail links with that state in an attempt to reduce the risk of the spread of a new coronavirus strain found in southern England.

Belgian Prime Minister Alexandre De Cros on Sunday said he was issuing an order for 24 hours, starting at midnight, "as a precaution."

"There are so many questions about this new mutation and whether it has already appeared on the mainland," he said.

Earlier today it became known that the Netherlands has banned flights from the UK at least until the end of the year.

Both Belgium and the Netherlands have responded to the tightening of measures imposed on Saturday in and around London by British Prime Minister Boris Johnson.

Johnson said the rapidly spreading new variant of the virus, which is 70% more infectious than existing strains, appears to be contributing to the rapid spread of new infections in London and the south of England.

According to infectious disease specialists, mutations of viruses occur at least once a month, and increased infectiousness may indicate that the disease will be easy. British scientists are conducting urgent research to determine how deadly the new virus is.

UK Health Secretary Matt Hancock admitted on Sunday that the coronavirus is out of control, and London's isolation could last for several months until the vaccine is distributed to the population. “There are no easy answers or simple options. I think it would be a mistake to ignore the new scientific evidence, ”he added.

Recommended:
Shares of "Norilsk Nickel " renewed their all-time high
Ferrexpo increases production of iron ore pellets in 2020 by 7%
New Nissan Note received four-wheel drive with two electric motors
On this topic
UK authorities prepare for a food collapse worse than a pandemic
US to impose sanctions against Nord Stream 2 by the end of the year
UK to ban new petrol cars by 2030, hybrids by 2035
The head of Airbus has warned that the company is "hemorrhaging at an unprecedented rate"
UK begins the most ambitious programme of public investment for 65 years
The UK will prohibit the sale of gasoline and hybrid cars with 2035
Add a comment
Сomments (0)
News Analytics
Auto giants FAW and Audi launch joint EV project in China19-01-2021, 11:14
Germany suspended construction permit for Nord Stream 219-01-2021, 11:57
Interpipe Steel: green metallurgy in Ukraine turns 9 years old18-01-2021, 15:28
Ukrmetallurgprom clarifies data on iron and steel smelting in Ukraine for 202018-01-2021, 12:50
At least 12 living miners remain under the rubble of a mine blown up on January18-01-2021, 11:47
China will overtake the United States to become the world's largest economy in27-12-2020, 12:04
The shortage in the US steel market will last at least until the end of the25-12-2020, 11:36
Steel production in China to surpass one billion tons this year23-12-2020, 10:59
Iron ore prices hit seven-year high and continue to rise15-12-2020, 10:26
Prices for metallurgical raw materials continue to rise in regional markets10-12-2020, 11:32
Sign in with: