New restrictions on air travel will deal a crushing blow to the ongoing recovery in air travel demand in Europe. 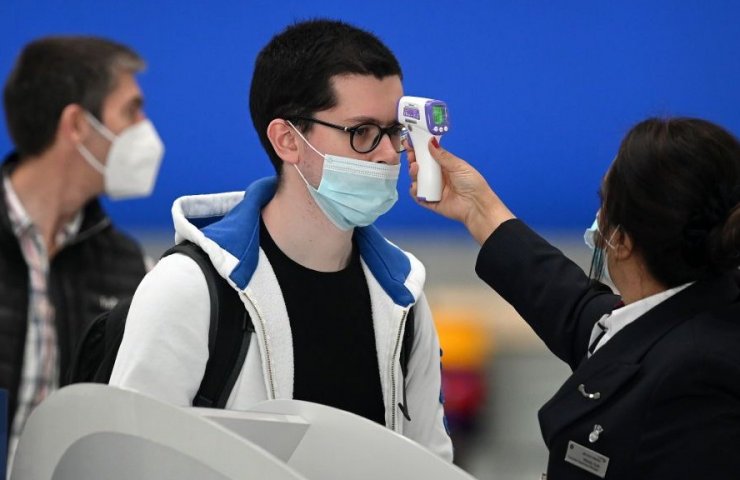 European countries, frightened by reports from London about a new mutation of the coronavirus, which is almost twice as infectious as the pandemic, will temporarily suspend all commercial flights from the UK.

These new flight restrictions are likely to offset the prospects for a rapid recovery in air travel demand in Europe.

The Netherlands announced Sunday that all passenger flights from the UK will be banned from 6 a.m. local time today until January 1, after health authorities confirmed a case of infection with the new Covid-19 strain.

Belgium is the second country to ban all commercial flights from the UK, as well as rail links between both countries, but from midnight local time today and only for the first 24 hours.

Italy also announced today plans to introduce quarantine measures, making it the third European country to suspend all flights from the UK.

German officials have indicated that they are considering "serious options" for arriving flights from the UK, but no action has been taken so far, while neighboring Austria has said it will stop flights from the UK without specifying any or deadlines.

Poland has canceled aircraft flights from the UK since midnight Monday. The date of the resumption of flights is not specified.

These steps were taken against the backdrop of new and stricter measures introduced from today in London and in the South East and East of England. British Prime Minister Boris Johnson said these regions were immediately subject to Tier 4 maximum restrictions as a result of the rapid spread of the new Covid-19 variant.

The head of the British Ministry of Health said that the country has lost control of the spread of the virus and is unable to cope with new cases of infection.

The World Health Organization (WHO) called on countries to take all possible measures to slow down and stop the spread of new, mutated types of coronavirus.

In total, more than 20 states have introduced restrictions on air traffic with the UK and countries where the new mutation has been registered, including India, which has suspended flights from the UK until December 31.

Four major airports in Europe reported more than 80% drop in passenger numbers in November compared to 2019, and are unsure of any increase in demand in December.

Prior to the emergence of a new strain of coronavirus, the International Air Transport Association (IATA) predicted that global air traffic will recover to pre-crisis levels only in 2024.

it was reported that the European aerospace concern Airbus SE has decided to cut production by a third amid restrictions on international flights due to the coronavirus pandemic.

Deutsche Lufthansa AG, better known as Lufthansa, is the flagship airline of Germany, the largest aviation concern in Europe, which also includes such large airlines as Swiss International Airlines and Austrian Airlines reported in early December that it would lay off more than 29,000 employees by the end of this year despite € 9 billion of government support .

Recommended:
European Commission approves car deal of the year authorizing Fiat Chrysler and Peugeot merger
Production of industrial robots in China increased by 31.7% in November
Ferrari's first crossover to begin production in 2022
On this topic
Belgium bans flights and trains from Great Britain due to new strain of coronavirus
UK investigates human death due to air pollution for the first time in history
European Union scrap collectors worried about possible export restrictions
Yuzhmash told whether it is possible to launch reusable rockets from the Black Sea
Ferrari delays the restart of the plants in Italy until may 3
Due to the outbreak of an unknown virus in China, falling steel prices
Add a comment
Сomments (0)
News Analytics
Interpipe Steel: green metallurgy in Ukraine turns 9 years old18-01-2021, 15:28
Ukrmetallurgprom clarifies data on iron and steel smelting in Ukraine for 202018-01-2021, 12:50
At least 12 living miners remain under the rubble of a mine blown up on January18-01-2021, 11:47
In the Republic of Tuva, a citizen of China died as a result of a collapse in a17-01-2021, 11:44
Lenovo remains the global leader in personal computer shipments in 202017-01-2021, 08:19
China will overtake the United States to become the world's largest economy in27-12-2020, 12:04
The shortage in the US steel market will last at least until the end of the25-12-2020, 11:36
Steel production in China to surpass one billion tons this year23-12-2020, 10:59
Iron ore prices hit seven-year high and continue to rise15-12-2020, 10:26
Prices for metallurgical raw materials continue to rise in regional markets10-12-2020, 11:32
Sign in with: