Before the G7 summit, British Cornwall was flooded with secret agents from different countries and a whole army of police officers. The local population is preparing protests. 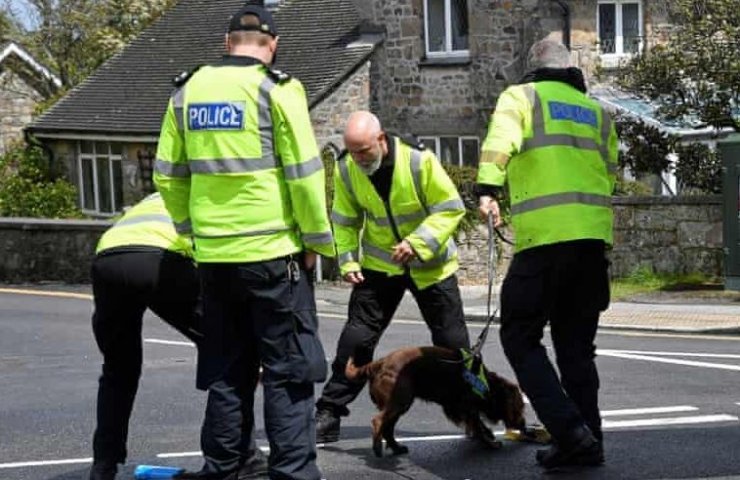 On the British peninsula of Cornwall, the final preparations are underway for the G7 summit, which starts on Saturday. Residents of this picturesque corner of England are preparing for the influx of visitors, while the police are tightening security measures. One of these steps was the evacuation of the homeless and their placement outside the region. Such orders from the authorities and the actions of law enforcement officers have angered and outraged charities.

“Some homeless people stayed in cars, others ended up in tents, many were housed outside Cornwall. But all these people were born and raised here in Newquay, where we are. Now they have been accommodated in hotel rooms in Plymouth and Oakhampton, miles and miles away. And it's unforgivable, ”says Monique Collins, manager of the New Key charity.

It is noted that during the summit, special security measures will be in place on the territory of the peninsula. Police have closed roads and coastal paths to Karbis Bay and the small seaside resort of Karbis Bay, and are erecting steel fences and other restrictions. The order will be maintained by 5,000 British police officers. Around 1,000 more police officers will be stationed on the cruise ship docked in Falmouth Harbor.

The G7 Summit did not take place in 2020 due to the pandemic. In 2021, it will be held from 11 to 13 June in full-time format. The event will take place in the resort town of Carbis Bay on the Atlantic coast of the Cornwall Peninsula. The British Prime Minister's office attributed this decision to beauty, rich historical past, and the hope of bringing economic benefits to the region.

US President Joe Biden is leaving for Europe on Wednesday to participate in the summit. He is expected to hold talks on Thursday with British Prime Minister Boris Johnson. Biden's European trip will conclude with a meeting with Russian President Vladimir Putin in Geneva. These will be the first talks between the leaders of the two countries.

Финансовая аналитика, прогнозы цен на сталь, железную руду, уголь и другие сырьевые товары. More news and analytics on Metallurgprom telegram channel - subscribe to get up-to-date market information and price forecasts faster than others.
Сomments
Add a comment
Сomments (0)
On this topic
Truck with 39 corpses found in British Essex, mass murder suspect arrested
£ 50 billion in cash "missing" at the Bank of England
Pope Francis said that poor people are more likely to suffer from indifference of the public
The Greek authorities decided to 2023 to completely abandon coal
Euronews: COVID-19 in Italy may cause social unrest, looting and violence
Ukraine asks the UK to share its experience in transforming coal regions
Recommended:
Europe's passenger car market records its worst year since the turn of the century
The Government of the Russian Federation extended the preferential import of equipment for the extraction of coal and ore
Ukrzaliznytsia announced the purchase of rails in France cheaper than in Metinvest before the war
News Analytics
European steel price rise that began in January will be short-lived - MEPS26-01-2023, 14:44
Steel production in China rose in the first decade of January26-01-2023, 12:30
UK is ready to give 300 million pounds to save British Steel20-01-2023, 21:31
Carriage building plant in Kremenchug stopped production due to debts20-01-2023, 21:11
Europe's passenger car market records its worst year since the turn of the20-01-2023, 21:03
S&P: Russia will continue to dominate the steel export market in the Black05-01-2023, 11:22
Fitch Analysts Predict Big Drop in Global Steel Consumption This Year14-12-2022, 13:59
Analysts predict 5% annual growth in the iron casting market through 203006-12-2022, 12:44
Commodity prices will fall, metals quotes will rise slightly - Focus Economics28-11-2022, 13:28
Platinum market to face shortage next year - WPIC22-11-2022, 18:25
Sign in with: