The device will be used as a transitional stage in heart transplantation for patients with heart failure at the last stage of the disease. 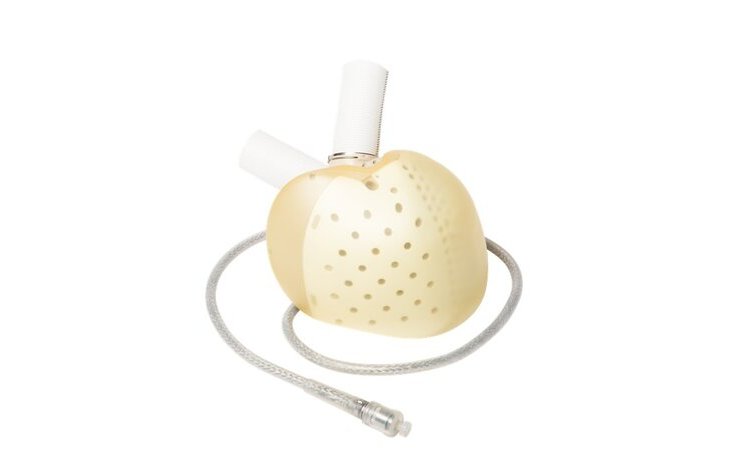 French manufacturer of artificial heart Carmat announced that it is preparing to start selling its products in the second quarter of this year on the European market, which could be more than 2,000 patients a year.

The Carmat artificial heart will be marketed under the Aeson® brand name.

Carmat shares rose about 7% at the start of trading, bringing the company's market capitalization to around 400 million euros ($ 493.3 million).

“I am pleased to confirm that we will be ready to start selling our product in the second quarter of 2021,” said Stefan Piat, CEO of Carmat.

The work on creating an artificial heart began 27 years ago. In 1993, heart surgeon Alain Carpentier brought this idea to the French industrialist Jean-Luc Lagardeur. Lagarder, owner of the aerospace equipment company Matra, has provided Carpentier with several laboratories and engineers.

Over the years, this project has grown - in part through mergers and acquisitions, as a result of which Matra became part of the largest European aerospace corporation Airbus Group. Airbus is now Carmat's largest shareholder with a 13.2% stake. Carpentier owns 5.3%.

Recommended:
The government of Ukraine canceled the preferential 100 kW /h in the calculation of tariffs for the population
HPP Sanxia in China sets world record for electricity generation
DTEK creates an Investment hub for new Ukrainian energy in the UK
On this topic
US Secretary of State announced sanctions against Turkey over purchase of S-400 from Russia
Air Products and Tyssenkrupp will work together to sell "green" hydrogen
The European vehicle manufacturers Association expects a record decline in sales in 2020
Employees of the Nissan plant in Barcelona lit candles on their jobs (Video)
Chinese Jingye company completed the acquisition of the assets of British Steel and is ready to
Top 10 digital trends in the global steel industry
Add a comment
Сomments (0)
News Analytics
Из взорвавшейся 10 января золотоносной шахты в Китае спасли 11 горняков24-01-2021, 11:05
Мариупольские металлурги продолжают экологическую модернизацию несмотря на24-01-2021, 11:01
Industry association predicts 8% growth in passenger car sales in China in 202123-01-2021, 11:07
YUZHMASH expects the adoption of the new space program of Ukraine in the near22-01-2021, 15:18
Eleven miners still await rescue from exploded gold mine in China22-01-2021, 12:34
China will overtake the United States to become the world's largest economy in27-12-2020, 12:04
The shortage in the US steel market will last at least until the end of the25-12-2020, 11:36
Steel production in China to surpass one billion tons this year23-12-2020, 10:59
Iron ore prices hit seven-year high and continue to rise15-12-2020, 10:26
Prices for metallurgical raw materials continue to rise in regional markets10-12-2020, 11:32
Sign in with: