Humanity will need a local resource extraction method to enable long-term human settlements outside the planet. 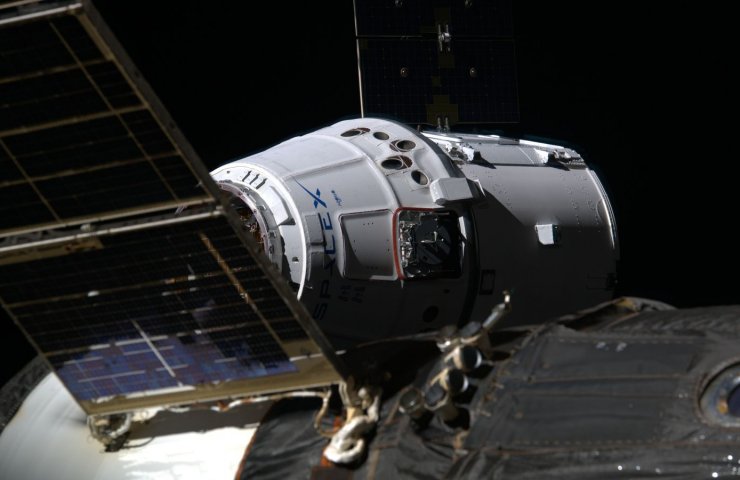 A UK-led experiment that could allow mining on the Moon and Mars was supposed to go to the International Space Station (ISS) on Saturday, but due to weather conditions, SpaceX's Falcon 9 rocket launch was postponed to Sunday .

Extraction of local resources in space, instead of taking everything you need with you from Earth, could allow for the long-term resettlement of people outside the planet.

For the first time the processing of minerals by bacteria on the ISS held in July 2019. Expirement gave good results, which gave scientists hope for commercial applications of space bio-mining. BioAsteroid's new experiment will bring advanced matchbox-sized containers to the ISS to investigate how bio-mining works in microgravity.

The containers will be used to grow bacteria and fungi in an incubator for three weeks to see how the gravity environment affects the microbes that extract minerals from the rock.

Microbes are used to bio-mine the Earth as a convenient way to access metals trapped in rocks, which the microbes digest, leaving behind the materials miners need.

If this method is successful in space, it could support efforts to explore the Moon and Mars, which will allow humanity to extract building materials, water and even rocket fuel.

The researchers said that conditions on the ISS can be obtained that cannot be replicated on Earth.

By Libby Jackson, Program Manager for Human Research at the UK Space Agency:

“If we want to continue to explore space and push the boundaries of the possible, then we will need to create or find the basic elements needed to sustain life. Through our membership of the European Space Agency, British scientists can benefit from the unique scientific capabilities available on the ISS and are at the forefront of efforts to recreate the foundations of life on Earth. The new Bioreactor Express program, of which this experiment is a part, will change how we can use this unique laboratory, opening up new opportunities for UK scientists and organizations to do science in space. ”

Recommended:
Laying of Nord Stream 2 in Danish waters is to be completed by the end of April
Ukraine and the European Union deepen cooperation on the production of lithium-ion batteries
Interpipe plans to launch another workshop for the production of railroad cars. wheels in the second half of 2021
On this topic
Swiss "space flusher" will remove the wreckage of a Vega rocket with Ukrainian engines
Luxembourg sets up European space mining center
NASA, Boeing, Bezos and Musk are heavily influenced by US election results
Yuzhmash told whether it is possible to launch reusable rockets from the Black Sea
Asteroid mining would serve as the impetus for the colonization of other planets, says market
SpaceX signs an agreement to send tourists to the International Space Station
Add a comment
Сomments (0)
News Analytics
США и ЕС приостановили взимание пошлин, которые ввели против друг друга во05-03-2021, 22:48
Turboatom and Electrotyazhmash discussed prospects for cooperation under05-03-2021, 19:04
DMZ Yaroslavsky in February almost doubled the production of rolled products05-03-2021, 18:19
Sanjeev Gupta Metallurgical Alliance Stops Paying Greensill Loans05-03-2021, 18:18
China to build high standard free trade zone network to reach worldwide - Xinhua05-03-2021, 16:43
Spread between raw materials and high strength alloy steel in Europe increased01-03-2021, 20:21
Increase in prices is forecasted in the markets of steel raw materials -26-02-2021, 09:25
Troy ounce of gold will drop $ 500 in two years - Fitch25-02-2021, 18:29
Global iron ore production growth to outstrip cumulative production in India23-02-2021, 10:22
Fitch Ratings Warns of “Shocking Impact” on Fossil Fuel Exporters18-02-2021, 14:44
Sign in with: