It was expected that the European Union will introduce temporary duties against Turkish rolled metal products in the second half of January, but the European Commission decided not to postpone the sanctions indefinitely. 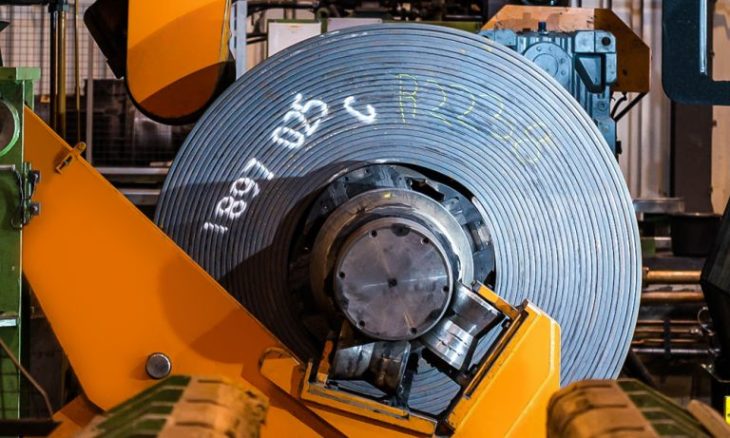 Since Friday, the European Union will introduce preliminary anti-dumping duties on hot rolled steel from Turkey as part of the ongoing investigation into the import of steel products from this country initiated by the European iron and steel industry association Eurofer.

Tariffs ranging from 5.9% to 7.6% will apply to Turkish steelmakers, including Eregli Demir, the EU's official magazine said Thursday. They will be valid for six months, and by this time the investigation should be completed.

An anti-subsidiary investigation has also been opened in the EU against the import of Turkish rolled products. European steel association Eurofer has accused Turkish steelmaker Eregli Demir of using public funds for supplies.

In November, the European Commission decided to introduce registration of imports of hot-rolled steel from Turkey to the EU. The protective measures were supported by Eurofer.

Amid a growing shortage of metal products in the European Union, largely caused by a decline in Chinese exports, some buyers decided to take the risk and import from Turkey, despite the threat of duties.

Turkey is one of the main exporters of steel to the EU. It accounts for about 40% of Turkish steel exports. Turkey annually exports about 2 million tons of hot-rolled steel to the EU on average.

Recommended:
China plans to build 600,000 more 5G base stations in 2021
Europe's aerospace industry will take years to recover from a pandemic - Fitch
Steel production in Ukraine in 2020 decreased by 1.4%
On this topic
European Steel Association asks to extend protective quotas on steel
Turkish steel exports to the European Union may be taxed \
EU starts monitoring bioethanol to prevent spike in imports
European Commission imposed anti-dumping duties on Chinese steel wheels
Prospects for the development of the economy and steel market in the EU in 2019-2020
EUROFER: problems threaten to erase the EU steel industry
Add a comment
Сomments (0)
News Analytics
YUZHMASH expects the adoption of the new space program of Ukraine in the near22-01-2021, 15:18
Eleven miners still await rescue from exploded gold mine in China22-01-2021, 12:34
Rivne NPP shut down power unit No. 122-01-2021, 12:13
Russia will start producing "green" hydrogen22-01-2021, 10:47
High-speed railway launched in China Beijing-Harbin highway22-01-2021, 10:22
China will overtake the United States to become the world's largest economy in27-12-2020, 12:04
The shortage in the US steel market will last at least until the end of the25-12-2020, 11:36
Steel production in China to surpass one billion tons this year23-12-2020, 10:59
Iron ore prices hit seven-year high and continue to rise15-12-2020, 10:26
Prices for metallurgical raw materials continue to rise in regional markets10-12-2020, 11:32
Sign in with: