The engineering company invested £ 90 million in the new booth. Its construction took about three years. 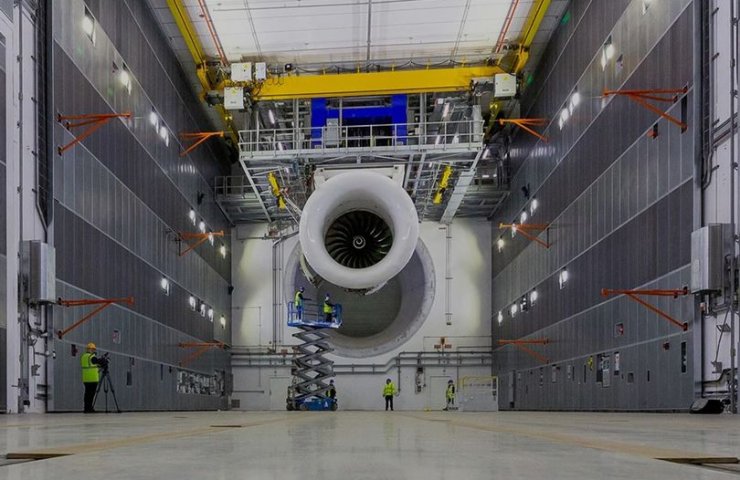 Despite a difficult year for the global aircraft industry, to put it mildly, the British automobile and aircraft engine manufacturer Rolls-Royce has opened a new test bed for aircraft engines. It is the largest unit of its kind in the world.

The company has invested over £ 90 million in new equipment. Rolls-Royce said the investment will help maintain world-class engine production and promote clean aviation in the UK for decades to come.

According to Rolls Royce, the information systems inside the test bed can analyze 10,000 different parameters using a sophisticated network of sensors that detect even the smallest vibrations at up to 200,000 samples per second.

The test bed also has a powerful X-ray machine capable of capturing 30 images per second and transmitting them directly to a secure cloud where engineers from all over the world can analyze them.

A Rolls Royce spokeswoman said: “We are the only engine manufacturer in the world to x-ray our engines while they are running.

The largest and smartest closed aerospace test bed in the world was officially opened by the UK Government's Minister for Business, Energy and Industrial Strategy, Kwasi Quarteng.

Recall that for engine maker Rolls-Royce, the Covid crisis meant a sharp drop in production, much lower service revenue and thousands of job cuts.

At the same time, the first quarter of 2021 became a record for the entire 116-year history of the company. Over the past three months, vehicle shipments have grown by 62 percent compared to the same period in 2020.

Recommended:
U.S. Provides Ukraine with $ 150 Million in Security Assistance
The National Police of Ukraine told about the searches at one of the enterprises of Ukrzaliznytsia
The Dutch port of Rotterdam plans to create underwater storage facilities for carbon dioxide
On this topic
Liberty Steel requests £ 170m emergency aid from UK government
Rolls-Royce suspends production of jet engines for the first time in its history
Rolls-Royce sells 94% of its £ 2 billion stake
Rolls-Royce intends to raise three billion pounds so as not to go bankrupt
Rolls-Royce says demand for luxury cars is recovering
The owner of the Turkish Erdemir is ready to invest a billion pounds in the future of British Steel
Add a comment
Сomments (0)
News Analytics
Rescuers continue to search for 13 missing iron ore miners in North China12-06-2021, 15:39
European Union extends protective quotas on steel supplies for another three12-06-2021, 11:31
Metallurgical plants in the temporarily occupied territory of Donbass appointed12-06-2021, 10:59
JSC "Turboatom" was visited by representatives of CJSC "Novokramatorsk Machine12-06-2021, 10:43
One of the leading mining enterprises in Ukraine announced the blocking of work12-06-2021, 10:37
Vaccinations fuel demand for platinum - World Platinum Investment Council08-06-2021, 12:55
Sharp price growth continues in the rolled metal market - Ukrpromvneshexpertiza08-06-2021, 11:04
Analysts note overheating of the global scrap metal market01-06-2021, 13:28
Hydrogen-fueled steelmaking could be competitive after 2050 - McKinsey19-05-2021, 14:22
Steel raw material prices are skyrocketing across the board18-05-2021, 12:34
Sign in with: