Strong winds, snowfalls and ice in northern and central Germany led to a traffic collapse. 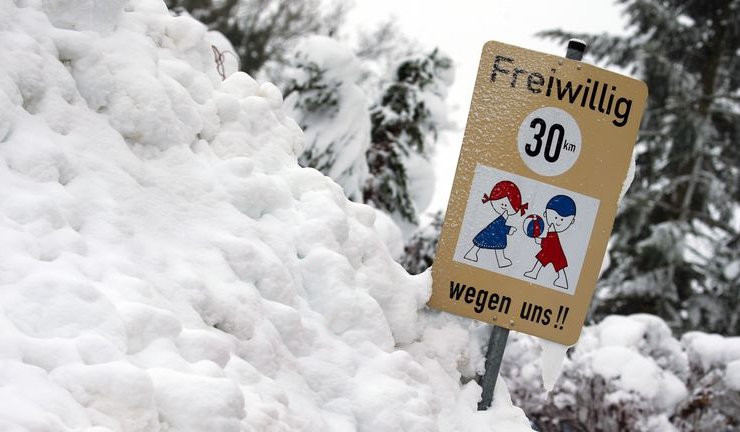 Germany's second largest steel company said the Salzgitter-Beddingen freight station was closed due to winter weather and trains were "stuck" throughout the rail freight network.

It states that last week, rail and inland waterway traffic was not possible, although road transport was possible on some routes, but with delays of up to several days.

Last week, the country's largest metallurgical company, ThyssenKrupp Steel Europe, told clients that it would not be able to restore its stocks of metal products to pre-crisis levels due to bad weather.

Blizzards and snowfalls, which also disrupted the movement of trucks, trains and barges carrying materials for ThyssenKrupp, resulted in “production delays and equipment downtime along the entire process chain.

Snowfalls and ice caused chaos on the roads of Germany. In France, the last, "orange " hazard level continues to operate.

Salzgitter AG (FWB: SZGG) is a German steel company. It is the second largest in Germany, behind only ThyssenKrupp Steel AG. The company produces rolled steel, metal products, pipe products. Founded in 1858 as Aktiengesellschaft Ilseder Hütte.

Recommended:
Energomashspetsstal successfully passed an environmental audit in accordance with ISO 14001: 2015
Construction of the Ecolant hydrogen metallurgical plant began in Russia
Ukrzaliznytsia will buy 100 passenger cars without a tender for the "negotiation procedure"
On this topic
Thyssenkrupp plans major investment in its steel division
Thyssenkrupp says it will cost too much to support the German government
British billionaire Sanjeev Gupta raises the stakes in race for Thyssenkrupp Steel assets
German Salzgitter announces production of the first green steel slab
Thyssenkrupp to build hydrogen-fueled steel plant by 2025
Prospects for the development of the economy and steel market in the EU in 2019-2020
Add a comment
Сomments (0)
News Analytics
Metinvest's Italian contractors reveal details of the investment project in16-06-2021, 23:01
Energoatom approved Electrotyazhmash as a supplier of turbine generators for16-06-2021, 14:57
Representatives of Ukraine and Germany discussed the prospects for cooperation16-06-2021, 10:49
Vestas and DTEK RES signed an agreement for the supply of wind turbines for the16-06-2021, 10:45
SSAB agrees with Volvo to supply and refine HYBRIT decarbonized steel16-06-2021, 10:40
Vaccinations fuel demand for platinum - World Platinum Investment Council08-06-2021, 12:55
Sharp price growth continues in the rolled metal market - Ukrpromvneshexpertiza08-06-2021, 11:04
Analysts note overheating of the global scrap metal market01-06-2021, 13:28
Hydrogen-fueled steelmaking could be competitive after 2050 - McKinsey19-05-2021, 14:22
Steel raw material prices are skyrocketing across the board18-05-2021, 12:34
Sign in with: