Of the 228 announced worldwide hydrogen projects, 55% or 126 projects are in Europe. 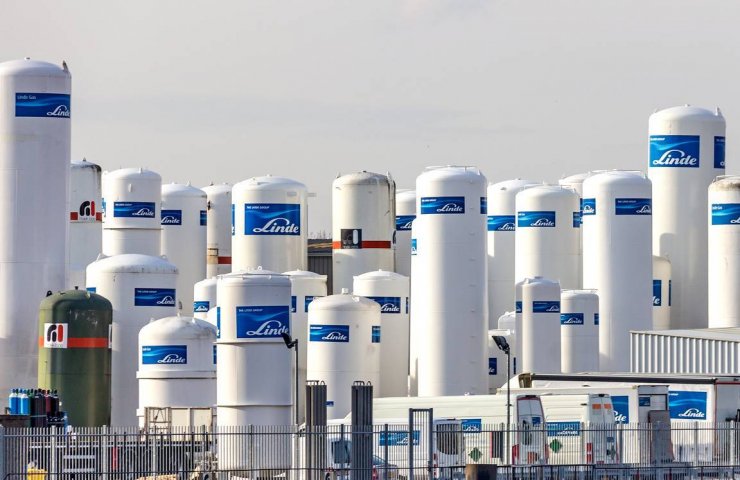 The majority of the world's planned hydrogen projects and the largest share of associated investments in this decade are expected to be in Europe, the Hydrogen Council business group said in its first global project portfolio estimate with consultancy McKinsey.

The European Union has made hydrogen a key element in its goal of reducing greenhouse gas emissions by 2050, and plans to install 40 GW electrolyzers this decade - equipment to produce hydrogen without emissions using water and renewable energy.

Most of the 126 European projects will be launched this decade, with a focus on renewable hydrogen or fossil fuel hydrogen, using technologies to capture emerging emissions.

The report says that if all planned projects are implemented, this decade global investment will exceed $ 300 billion, accounting for about 1.4% of total investment in the energy sector, while Europe will account for about 45% of the total amount.

If that happens, renewable hydrogen could reach cost parity with fossil fuel options by 2028 in regions with an abundance of cheap renewable energy, such as the Middle East.

Recommended:
The President of Ukraine enacted the NSDC decision on the state of affairs in the field of subsoil use
Druzhkovsky plant of metal products will return the duty paid for two years
Metallurgical plant "Interpipe Steel" mastered 19 new steel grades in 2020
On this topic
Hydrogen trains in Austria received approval for operation on passenger lines
Russia did not mind replacing natural gas with hydrogen in Ukrainian transit in 2035
The European Parliament: hydropower plays a major role in the Energy strategy of the European Union
E. ON and Thyssenkrupp output of the hydrogen system on the electricity market
The German utility will help Thyssenkrupp to switch to hydrogen in steelmaking
Europe on the threshold of revolutionary changes in hydrogen energy
Add a comment
Сomments (0)
News Analytics
Iran is satisfied with the reaction of the world community to 60% enrichment of18-04-2021, 13:24
Gas prices in Ukraine have reached a record value over the past two years -16-04-2021, 17:24
Ukrmetallurgprom asks the Antimonopoly Committee to allow Metinvest to bid for16-04-2021, 17:23
A fatal accident occurred on the territory of the Dnieper Metallurgical Plant16-04-2021, 13:01
Cars built for Euro 2012 will be repaired at the Kryukov Carriage Works16-04-2021, 12:46
World Steel Association predicts a good year for metallurgists15-04-2021, 18:19
World Steel Association defines green steel and its variations12-04-2021, 13:14
China unlikely to cut steel capacity in 2021 due to high steel prices07-04-2021, 12:11
Scrap metal market at the beginning of April02-04-2021, 11:10
Rising Chinese Prices Fueled Rising Global Steel Prices - MEPS25-03-2021, 18:54
Sign in with: