In addition, the German carmaker will build wind and solar power plants for the transition to renewable energy sources. 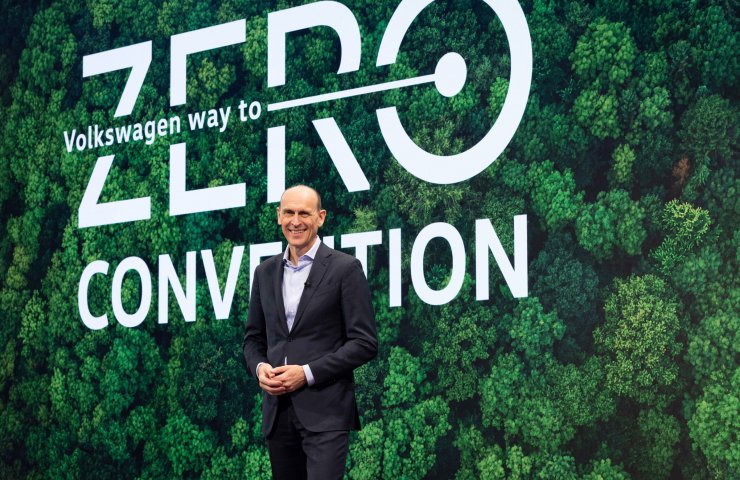 On Thursday, the German carmaker Volkswagen presented a plan to reduce harmful emissions and improve the overall greenness of its business. The company estimates a comprehensive package of measures aimed at accelerating sustainable production and use of electric vehicles at 14 billion euros.

The company has promised that by 2050 it will become completely carbon neutral, that is, it will reduce greenhouse gas emissions into the atmosphere as a whole to zero.

By 2030, at least 70% of Volkswagen vehicles in Europe and 50% in China and the United States will be electric. This should reduce harmful emissions in Europe by 40%, to 17 tons of CO 2 per vehicle.

The company also presented plans to switch to renewable energy sources. By 2030, electricity at Volkswagen plants in Europe, the Americas will come from renewable sources. More specific plans include investments in solar and wind power projects in Europe to reach 40 million euros by 2025.

Among other things, Volkswagen has already signed an agreement with the German energy company RWE - the carmaker will take part in the creation of a solar power plant in Germany, which from 2022 will have to produce 170 million kWh of electricity.

In recent months, a number of automakers, including General Motors, Volvo, Jaguar, Porsche, have presented plans to switch to the production of purely electric vehicles in the next 5-15 years and expand the use of renewable energy sources.

Финансовая аналитика, прогнозы цен на сталь, железную руду, уголь и другие сырьевые товары. More news and analytics on Metallurgprom telegram channel - subscribe to get up-to-date market information and price forecasts faster than others.
Сomments
Add a comment
Сomments (0)
On this topic
Korean auto makers will switch to hydrogen engines with help from Chinese steelmakers
Smart Holding and Dragon Capital agree to sell Unex Bank
The steel industry, the United States recognized itself the most energy efficient in the world
EU leaders approve plan to cut greenhouse gas emissions by 55% by 2030
Ukraine showed the Chinese company the investment potential of "clean " energy
Zaporizhzhya Ferroalloy Plant highly appreciates Norwegian technologies
Recommended:
JSPL steel mill manager stoned to death
The European Union has sharply increased purchases of Russian titanium
The United States imposed a ban on the import and sale of equipment from Huawei, ZTE and a number of other Chinese companies
News Analytics
Australia and the UK aim to catch up and overtake China in the battery metal26-11-2022, 22:37
The United States imposed a ban on the import and sale of equipment from26-11-2022, 22:31
The pipe metallurgical plant in Nikopol continued to work after a short stop26-11-2022, 22:52
The state will not support the export of metals from Russia - Ministry of25-11-2022, 13:18
ArcelorMittal Kryvyi Rih suspends production due to shelling of energy25-11-2022, 12:04
Platinum market to face shortage next year - WPIC22-11-2022, 18:25
Global steel demand falls and will fall by 2.3% in 2022: WorldSteel19-10-2022, 23:12
Iron ore prices fall to 11-month low15-10-2022, 10:36
China production cuts in winter will give limited boost to steel markets -15-09-2022, 10:09
Steel prices may rise as manufacturers stop production11-09-2022, 14:06
Sign in with: