As conceived by German engineers, electric vehicles can become the missing link in the system of accumulation and distribution of "green" electricity, the production of which largely depends on the weather and time of day. 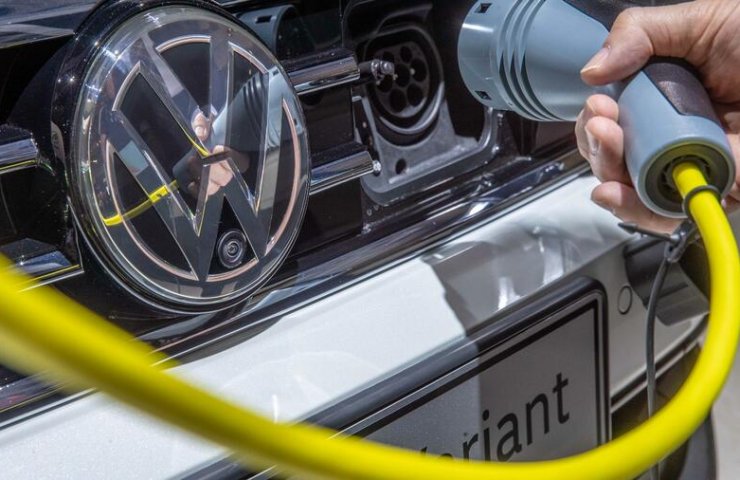 Cars should not only consume electricity, but also be able to return it to the network when the voltage is insufficient or absent, according to engineers at the Volkswagen automotive company. Thus, electric vehicles in the future can help network operators better manage fluctuations in the supply of green electricity.

For the million-dollar fleet to be used as a new flexible energy storage facility, electric vehicles must also be able to return electricity to the grid at any time — they must be "bi-directional." The Volkswagen Group will be the first major manufacturer to do so next year.

The company estimates that 2.7 million vehicles can provide users with 6,500 GWh of unused electricity per year. Electric cars can store electricity, for example from a photovoltaic system, and feed it back into the home grid when needed. One battery charge is enough to provide a family with electricity for almost a week.

“The test vehicles have been launched, we are in the final stages of preparation,” said Volkswagen Development Council member Thomas Ulbrich in an interview with Handelsblatt.

Starting in 2022, every Volkswagen Group electric vehicle developed on the MEB (Modular Electrification Tool Kit) electric platform will not only be charged with electricity, but will also return it to the grid. As a reminder, in addition to Volkswagen itself, the concern also produces brands such as Audi, Skoda and Seat-Cupra.

Other automakers are likely to present similar proposals for the foreseeable future. The announcement has already been made by Hyundai from South Korea.

Recommended:
Another jump in ore prices will force the Russian government to limit the export of iron ore
GFG Alliance lists French steel mills for sale
China Suspends Economic Dialogue Treaty With Australia
On this topic
Volkswagen starts new round of job cuts in Germany - Handelsblatt
ArcelorMittal Poland completed modernization of pickling line at cold rolling mill in Krakow
France to build 1 GW offshore wind farm in Normandy
EU wind farms will be 25 times more powerful
Volkswagen investing 2 billion euros in a Chinese EV
Lawyers cash in on Volkswagen's dieselgate for € 1.77 billion
Add a comment
Сomments (0)
News Analytics
Metallurgical Plant Zaporizhstal announced the transfer of data on emissions12-05-2021, 16:46
Interpipe's 5-year Eurobonds for $ 300 mln are assigned a priority unsecured12-05-2021, 16:30
Dnipro Metallurgical Plant exceeded the April production plan by 6.7%12-05-2021, 15:45
The auto industry rushed up: the production of vehicles in Ukraine increased 1612-05-2021, 15:44
The Minister of Energy of Ukraine promised today to close the issue of wage12-05-2021, 14:24
The current state of the market is ideal for the sale of rolled steel - IREPAS04-05-2021, 18:41
Global hydrogen demand to grow 7-fold by 2070 - PwC21-04-2021, 12:31
World Steel Association predicts a good year for metallurgists15-04-2021, 18:19
World Steel Association defines green steel and its variations12-04-2021, 13:14
China unlikely to cut steel capacity in 2021 due to high steel prices07-04-2021, 12:11
Sign in with: