In this regard, Poland canceled the registration of support vessels Krebs Geo and Krebs Jet, as “infringing on the economic interests of the Polish state.” 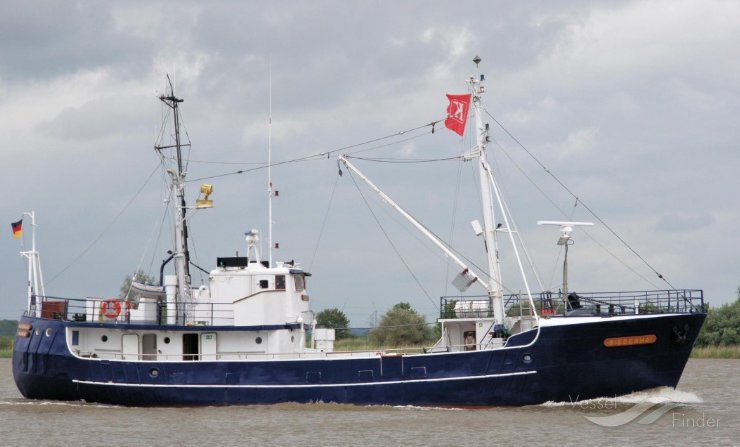 The ships Krebs Geo and Krebs Jet are owned by a German ship owner, but registered with the Gdansk Maritime Chamber. According to Deputy Minister of Infrastructure of Poland Grzegorz Witkowski, the documents of these vessels have been declared invalid and they will be considered as objects that violate the sanctions imposed against the Nord Stream 2 project.

“We decided to start the procedure for deregistering them under the Polish flag. So Poland has nothing to do with these two units ", - said Witkowski. The Deputy Minister stressed that no ship flying the flag of Poland should infringe on the economic interests of the Polish state.

“We are not interested in what they transport, what they do, as long as it does not threaten the economic interests of our country. And these two vessels have recently stepped up their work on the Nord Stream 2 project. From Friday, these two vessels should not appear in our waters. Otherwise, we reserve the right to detain them for verification, ”the deputy minister said.

Earlier it was reported that the Austrian integrated oil and gas company OMV became Gazprom's last financial partner in the Nord Stream 2 pipeline project, which stopped payments due to concerns about US sanctions.

In early 2021, the United States extended sanctions against Nord Stream 2. The restrictions also included companies providing the project with certification, modernization, modification or retrofitting services for ships involved in the construction. The Russian and European authorities, for their part, accused Washington of trying to impose its more expensive liquefied gas on the EU.

Recommended:
Russia has expanded state support for manufacturers of special equipment
Interpipe has completed the shipment of over 1,000 tons of UPJ-F premium connections
Fitch Changes Metinvest Rating Outlook From Negative To Stable
On this topic
ArcelorMittal Poland completed modernization of pickling line at cold rolling mill in Krakow
US Secretary of State announced sanctions against Turkey over purchase of S-400 from Russia
EU leaders approve plan to cut greenhouse gas emissions by 55% by 2030
Denmark gave Nord Stream 2 the green light to continue laying pipe
Employees of the Nissan plant in Barcelona lit candles on their jobs (Video)
Nord Stream 2 investors will sue the European Union
Add a comment
Сomments (0)
News Analytics
The capacity of the domestic steel market in Ukraine in January-March decreased19-04-2021, 10:33
In Russia, there is an exuberant demand for agricultural machinery19-04-2021, 10:24
Iran is satisfied with the reaction of the world community to 60% enrichment of18-04-2021, 13:24
Gas prices in Ukraine have reached a record value over the past two years -16-04-2021, 17:24
Ukrmetallurgprom asks the Antimonopoly Committee to allow Metinvest to bid for16-04-2021, 17:23
World Steel Association predicts a good year for metallurgists15-04-2021, 18:19
World Steel Association defines green steel and its variations12-04-2021, 13:14
China unlikely to cut steel capacity in 2021 due to high steel prices07-04-2021, 12:11
Scrap metal market at the beginning of April02-04-2021, 11:10
Rising Chinese Prices Fueled Rising Global Steel Prices - MEPS25-03-2021, 18:54
Sign in with: